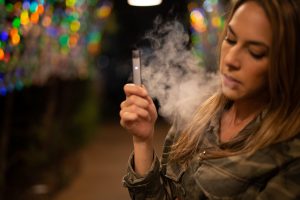 Young people are showing up at hospitals with lungs that look like those of 70-year-olds. Around the country, people of all ages are suffering from a mysterious lung illness, and vaping could be to blame. Federal health officials are looking into the cases of 450 people hospitalized with breathing illnesses after using e-cigarettes and vaping devices, and at least six deaths have been linked to a vaping-related lung illness.

And there’s not just one set of symptoms to look out for. Affected individuals present a variety of symptoms when they arrive at the hospital. For example, one 18-year-old patient complained of chest pain, nausea, fever, and shortness of breath. He was sent to the ICU within 48 hours of arriving at the hospital where doctors diagnosed him with an acute lung injury. That patient ended up being connected to a breathing tube and was placed into a medically induced coma for a week. Another patient, who was 19 years old, suffered from coughing, chest pain, extreme weight loss, and nodules in the lungs. Most patients had nausea or vomiting as well as breathing problems. A third of the confirmed cases were serious enough to need a breathing tube.

Health professionals are taking action to figure out what’s going wrong with vaping. The Center for Disease Control, U.S. Food and Drug Administration, state and local health departments, and other public health partners have mobilized to investigate a “multistate outbreak” of pulmonary diseases. The outbreak is linked to vaping and has had drastic effects on individuals’ lungs and health.

END_OF_DOCUMENT_TOKEN_TO_BE_REPLACED

When you think about what’s in your makeup bag, you probably think foundation, mascara, eyeliner, etc. But let’s 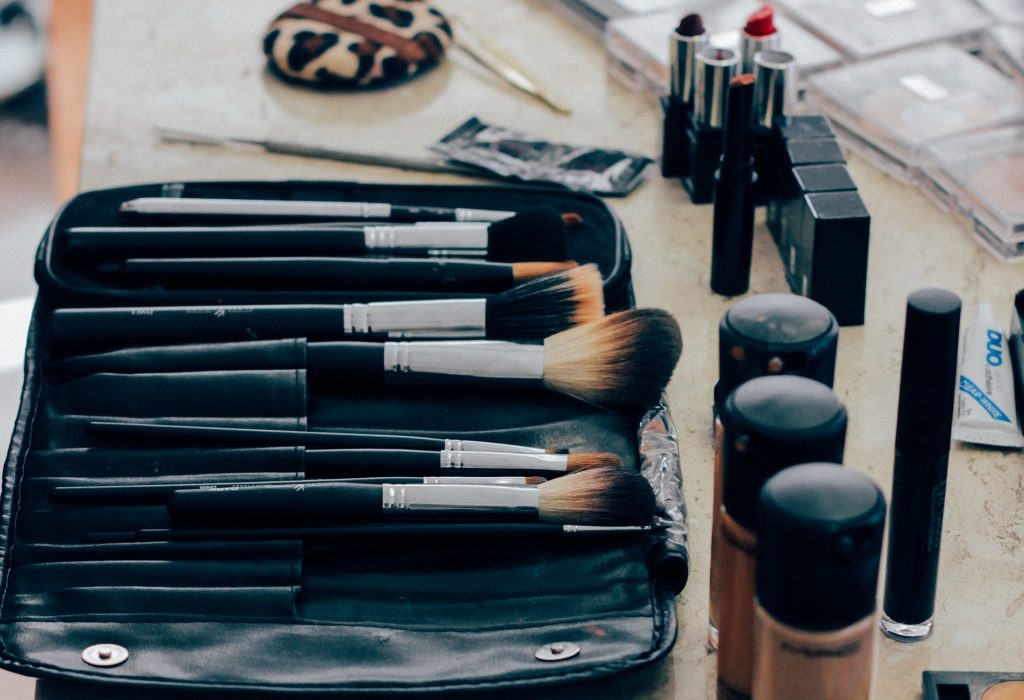 delve a little deeper. What ingredients are in your makeup bag? The answer may surprise you.

Since 2009, 595 cosmetics manufacturers have disclosed that they’ve used 88 chemicals that are connected to cancer, birth defects, and/or reproductive harm in over 73,000 products. How is this possible? The answer lies in the fact that the beauty industry is virtually unregulated, so manufacturers are free to use chemicals in their products without any meaningful government oversight.

Though most chemicals are not causes for concern, some chemicals in cosmetics have been linked to serious health problems. For example, diethylhexyl phthalate harms the reproductive system, can affect a developing fetus and is a potential endocrine disruptor. The International Agency for Research on Cancer has also classified it as a possible carcinogenic. Where can you find it? Eyelash glue. Dibutyl phthalate, a similar chemical with similar health effects, can be found in perfumes and nail polishes.

END_OF_DOCUMENT_TOKEN_TO_BE_REPLACED 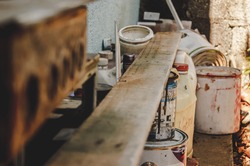 Meanwhile, unsuspecting consumers are dying after buying and using paint strippers. The solvent in the paint strippers, methylene chloride, can cause heart attacks and turn to carbon monoxide in the body. It is supposed to be used with a respirator and special gloves, but even these precautions did not protect Drew Wynne, a 31 year old from South Carolina who died last October after being overcome by fumes while refinishing a floor. He is not alone. Since 1980 more than 50 accidental deaths have been linked to methylene chloride exposure.

END_OF_DOCUMENT_TOKEN_TO_BE_REPLACED 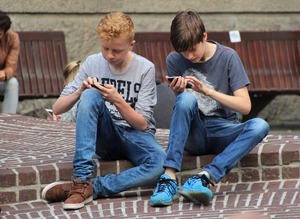 Tom Farnum, an anesthesiologist from Colorado, wants his state to pass a law forbidding retailers from selling a smartphone that is intended for use by anyone under 13 years old. He is the spearhead of a statewide petition drive aimed at accomplishing that objective.

Because Farnum has witnessed the effect that he believes smartphones had on his own children, and is concerned about the results of various studies on the same topic. In summary, the concerns are that smartphones and similar technology:

END_OF_DOCUMENT_TOKEN_TO_BE_REPLACED

The US Consumer Products Safety Commission (CPSC) continues to provide very valuable information about consumer products which are recalled for the threats they pose to the health of their users, and perhaps others.

For example, CPSC reports that, over just the last two weeks, tens of thousands of products have been recalled. Do you have any of these in your home or office?

END_OF_DOCUMENT_TOKEN_TO_BE_REPLACED

Food-related injuries and death are often overlooked by the American consumer. The Centers for Disease Control and Prevention (CDC) estimates that nearly 48 million people get sick from foodborne illnesses yearly and almost 3,000 of those people die.1 The need for reform of the rules and procedures for the handling and distribution of food is evident by the increasing amount of outbreaks of foodborne illnesses. Most recently, both Blue Bell Ice Cream and Sunland Peanut Butter had to shut down their production facilities and recall thousands of products from the shelves of retailers.

In response to this growing issue, the Food and Drug Administration (FDA) has released details of a new law that requires businesses in the food industry to comply with stronger and safer food regulations. The Food Safety Modernization Act (FSMA), which has been in revisions since 2013, is aimed at reforming the way facilities handle food and assess and respond to hazards that often lead to recalls and illnesses.

END_OF_DOCUMENT_TOKEN_TO_BE_REPLACED

Summer is in full force with Fourth of July this weekend and we are all excited to celebrate our Independence Day with parades, barbeques, and family gatherings. However, there is one thing that defines the Fourth of July in everyone’s mind—fireworks. While we all enjoy the vibrant colors, the inspiring displays and the way they light up the night sky, fireworks—if used carelessly—can turn a fun experience into a tragic event.

The U.S. Consumer Product Safety Commission estimates that fireworks killed 11 people and injured 10,500 people in the last year alone.1 In the weeks leading up to and following the Fourth of July, an average of 230 people go to the emergency room every day for firework-related injuries.2

END_OF_DOCUMENT_TOKEN_TO_BE_REPLACED

Bike-riding is one of the most popular hobbies in the summer. Whether it be a bicycle or a motorcycle, it is one of the best ways to get outside and enjoy the sun. Riding a bike isn’t all care-free and ease, though, as it comes with dangers when both drivers and bikers alike aren’t attentive. In 2012 (the most recent year with data available), Illinois ranked fifth in the nation in bicyclist fatalities.1 Between 2010 and 2012, there were 80 deaths in Illinois in bike-related accidents. California was first with 338. Bicycle fatalities rose by 16% between 2010 and 2012, while motor vehicle deaths rose by only 1%. This speaks to the vulnerability of bicyclists who travel on the street.

One of the best ways to keep yourself safe while going on a bike ride is to wear a helmet. Unfortunately, Illinois does not have a state law that requires a helmet for bicyclists. There are a few cities, such as Barrington, Cicero and Skokie, that require children under the age of 16 to wear helmets, but there are no such laws for adults.2 Chicago requires that bike messengers of all ages wear helmets, but only while on duty. The same goes for motorcyclists. There is no federal or state law that requires a rider or a passenger to wear a helmet while on a motorcycle. Illinois repealed its helmet law in 1970 and it has not been reopened since.3