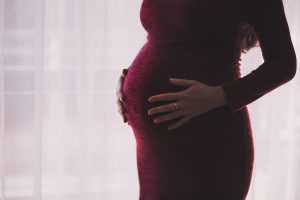 **The Collins Law Firm is not accepting clients for this case at this time. This blog is intended to inform women of a new study highlighting the potential risk of taking Tylenol during pregnancy.**

The statement, published in the journal Nature Reviews Endocrinology, claims that a growing body of research suggests that acetaminophen may alter fetal development and be partially responsible for increasing rates of cognitive, learning, and behavioral problems among children and reproductive disorders among boys over the last few years.

Furthermore, the authors “recommend that pregnant women should be cautioned at the beginning of pregnancy to: forego APAP unless its use is medically indicated; consult with a physician or pharmacist if they are uncertain whether use is indicated and before using on a long-term basis; and minimize exposure by using the lowest effective dose for the shortest possible time.”

The statement by the group is supported by 91 other scientists, clinicians, and public health professionals from Australia, Brazil, Canada, Europe, Israel, Scotland, the UK, and the US.

Currently, pregnant women have few options for treating pain, fever, headaches, and muscle aches during pregnancy. Up until now, Acetaminophen has been the only pain reliever generally considered safe for use during pregnancy, and many mothers-to-be believe it has no serious side effects. The FDA has long considered APAP-containing products to be of minimal risk when used as directed during pregnancy, and the alternatives are not acceptable. Ibuprofen has been linked with birth defects and damage to the baby’s heart and blood vessels, and high doses of aspirin have been linked to bleeding in the brain and congenital defects. This explains why so many women– about 50%–feel comfortable using acetaminophen during pregnancy for a variety of aches and pains.

The scientists are hoping that they can reach these women and warn them to be cautious with acetaminophen use during pregnancy. They are suggesting that acetaminophen only be used short-term during pregnancy—two weeks or less is least risky– and in cases where the mother has severe pain or a high fever, which is a known risk for multiple fetal disorders. Moreover, they want women to consult with their doctor before taking Tylenol.

The group is sounding an alarm and urging women to be aware of the risks and know the facts about acetaminophen. Scientists have been studying the impact of acetaminophen on fetal development for a number of years. Multiple animal studies and 29 studies of acetaminophen use in 220,000 mother and child pairs have been done. The results are concerning. There is a growing body of evidence that APAP exposure during pregnancy may increase the risk of undescended testicles in boys and impaired ovarian function in girls, both of which have consequences for later fertility. Some studies have also found a link between acetaminophen exposure during pregnancy and neurodevelopmental outcomes, like attention deficit hyperactivity disorder ( ADHD), autism spectrum disorder, language delays, decreased IQ, and conduct disorders.

All of this evidence suggests pregnant women should proceed with caution. This is why the scientists are calling for expanded research into the impact of acetaminophen on the developing fetus and advising that pregnant women avoid using Tylenol unless recommended by their physician until more is known about the risks.