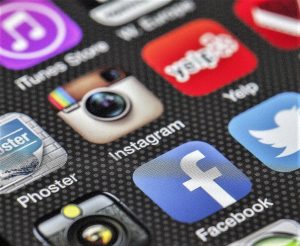 Sit down and let that sink in.

Facebook and Instagram (which is owned by Facebook) allegedly knew from their own research that their content was potentially causing irreparable damage to young women and teen girls but continued to push that content for profit. “Facebook knows that they are leading young users to anorexia content,” said Ms. Haugen, adding that, “I am here today because I believe Facebook’s products harm children.”

Haugen, a former product manager on Facebook’s civic misinformation team, copied tens of thousands of pages of internal research documents that supported her claim before leaving her job.

The documents show that Facebook’s own research into Instagram discovered that the app made teens, and especially teen girls, feel bad about themselves, but that they did not have the self-control to log off. Despite knowing that the app was bad for their mental health, young girls felt addicted to the app, with a fear of missing out if they pulled away. The company knew this but continued to pursue strategies to pursue younger and younger users and increase teen engagement. They saw Instagram as their best option for winning the lucrative teen market from Snapchat and other apps and continued to show damaging content to teen users in order to keep them on the platform longer in order to sell more ads.

Despite having been briefed on this research in a series of presentations, executives at Facebook and Instagram repeatedly misled the public about the potentially damaging effects of its apps on children, according to the documents. As Haugen explained, “The company intentionally hides vital information from the public, from the US government, and from governments around the world.” Facebook CEO Zuckerberg himself testified to Congress that “The research that we’ve seen is that using social apps to connect with other people can have positive mental health benefits.” Meanwhile, his company was refusing to release its internal research on the impacts of its platforms on youth mental health, claiming that the research was “proprietary information”.

Now that those documents have become public, it’s easy to see why Zuckerberg and the company would want to keep that research hidden.

Since 2017, Facebook researchers had been conducting studies to see how its apps affected millions of young users. The results were not good. Over and over, the research found that Instagram was harmful to a sizeable percent of teen girls, with one-third of users reporting that the app made body image issues worse, 40% reporting that Instagram made them feel “unattractive”, 17% saying that Instagram made eating disorders worse, and a quarter reporting not feeling “good enough”, feelings which started after using the app. Moreover, the teens were blaming Instagram for increased depression, anxiety, and suicidal ideation. Among American teens who thought about killing themselves, 6% of them connected those suicidal thoughts to Instagram. 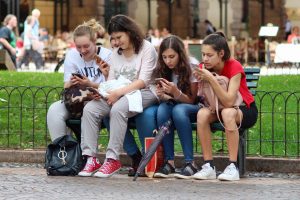 The research concluded that some of these problems were specific to Instagram because of a phenomenon called social comparison, where teenagers determine their worth based on comparing themselves to other more attractive, popular, and successful young people on social media. Users on Instagram tend to share only their best moments, and influencers present themselves as perfect, with photoshopped photos and posts highlighting their weight, looks, popularity, or wealth. Teen girls feel pressure to get followers and “likes” for their posts, and sometimes resort to using filters to touch up their faces to make them more “beautiful”. It all ends up feeling like a popularity contest based on attractiveness, thinness, and “likes”. In addition, if a user searches for diet or exercise advice on Instagram, the algorithm pushes more and more content about losing weight, exercising, and the “ideal” body type onto the user’s Explore page, making them more likely to feel inadequate. Put all of this on an addictive app, and you have the perfect storm for an epidemic of teen girls spiraling into depression, anxiety, and eating disorders.

And we are not just talking about garden variety unhappiness. According to Jean Twenge, a professor of psychology at San Diego State University, “We’re looking at clinical-level depression that requires treatment. We’re talking about self-harm that lands people in the ER.” Moreover, Angela Guarda, the director for the eating-disorders program at Johns Hopkins Hospital, estimates that Instagram and other social-media apps play a role in the disorders of about half her patients, especially those who are most vulnerable.

It’s clear from the research that Instagram can be harmful to teen mental health. It’s also clear that Facebook was aware of this and knew that this effect was potentially serious and widespread. To date, however, Facebook has spent minimal effort trying to tackle the problem, instead appearing more interested in denying and ignoring it in the interest of profit. “There were conflicts of interest between what was good for the public and what was good for Facebook. And over and over again, Facebook chose to optimize for its own interests, like making more money,” said Haugen.

The time has long passed for us to continue to trust that Facebook will operate responsibly.  As the Whistleblower has confirmed for us, Facebook cares only about ever-greater profits and is even willing to risk health and lives to do so.  It’s now time for Congress and the President to enact laws that put an end to this—indeed, to put an end to Facebook’s intentional violations of the public trust.

Our daughters, sisters, and friends deserve at least that.