Women and girls who enter inpatient rehab facilities with serious addictions or emotional issues need help regaining control over their lives. They are in an extremely vulnerable position, and may even be suicidal. 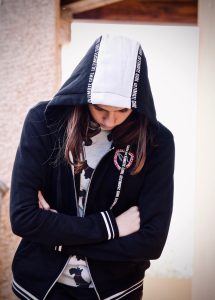 Unfortunately, the people hired to protect and help them sometimes take advantage of their vulnerability and sexually abuse them. When this happens, the emotional toll can be huge. Women struggling with overwhelming issues now have to contend with being horribly victimized as well. The predators who commit these crimes against vulnerable women and girls deserve serious jail time. At The Collins Law Firm, we believe that the facilities who fail to properly vet staff and monitor their interactions with patients should be held accountable as well. Our sexual assault attorneys can help victims get justice from the institutions that failed to protect them when they were most vulnerable.

The recent sexual assault allegations at Timberline Knolls in Illinois give us a glimpse into how a facility can fail patients and put them at risk of sexual assault. According to news reports, Timberline Knolls waited at least three weeks to contact police after assault allegations surfaced regarding one of their counselors. In addition, the suspect was suspended and then reinstated twice. And despite Timberline’s assertions that the alleged assaults were isolated events, the facility has a reported history of prior incidents, including sex crimes, runaways, and missing persons. It would appear that Timberline did not have the proper procedures in place to safeguard the patients in their care. Unfortunately, the allegations at Timberline are not isolated. Our legal experience has shown us that sexual and physical abuse are serious issues for residential treatment facilities.

At first glance many facilities like Timberline Knolls seem like safe havens for desperate families looking for help for their daughters or for women dealing with a crisis, their leafy campuses seemingly bucolic and safe,  but these outward trappings can be deceiving. Often, there is no supervision of staff-patient interactions. Male counselors may have one-on-one counseling sessions with fragile women and underage girls. Safety precautions may be lax, and when allegations surface, the administration often sides with the staff person and fails to take the victim’s complaints seriously. When victims have their allegations dismissed, ignored, or flat out disbelieved, they are left without recourse. In other situations, victims are afraid to speak up and so the abuse continues. In every situation, there is an adult abusing the trust of an emotionally fragile person.