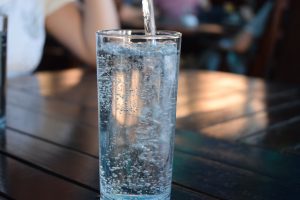 We should be able to expect that products that are widely available for purchase are safe to consume but, unfortunately, this is not always the case. When you reach for a can of fizzy, sparkling water the last thing you want is to unknowingly be ingesting toxic chemicals with each sip, but that may be exactly what you are doing. Consumer Reports recently tested sparkling water and discovered that many of the most popular brands of sparkling water contain measurable levels of PFAS, a dangerous family of chemicals.

Perfluoroalkyl and polyfluoroalkyl substances, commonly referred to as PFAS, are a class of man-made chemicals. These chemicals are very persistent in the environment and in the human body. Because of this, they are sometimes referred to as ‘forever chemicals’. PFAS pose many health risks to humans: high cholesterol, decreased fertility in women, increased risk of thyroid disease, and an increased risk of some cancers are just a few of the primary health concerns associated with PFAS. Given the high level of risk, there is no excuse for these chemicals to be present in any food or beverage.

END_OF_DOCUMENT_TOKEN_TO_BE_REPLACED 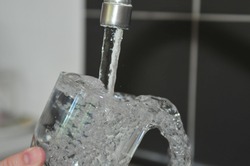 END_OF_DOCUMENT_TOKEN_TO_BE_REPLACED

Last year, the groundwater feeding a well located at the Portsmouth, New Hampshire Airport–which was one of several wells supplying water to the citizens of the City of Portsmouth–was found to be contaminated with dangerous levels of a chemical known as perfluorooctane sulfonic acid, or PFOS. The well is called the “Haven” well. The chemical detected at the Haven well is believed to have migrated to the groundwater supply after being sprayed for years at the Airport as part of a PFOS-containing firefighting foam. 1 The City had no choice but to shut down the Haven well so that no one drinking the City’s water would be exposed to the PFOS. Testing also showed that chemicals from the same family–perfluorooctanoic acid, or PFOA–had contaminated groundwater feeding two other city wells (“Smith” and “Harrison”), which were located to the south of Haven, although the levels detected at Smith and Harrison on that day were below the levels considered dangerous. So, the Smith and Harrison wells have not been shut down, and presumably continue to supply water to the City’s residents. New Hampshire’s Department of Environmental Services (DES) says it is on the job, that it is watching to see if greater levels of contamination are heading toward the Smith and Harrison wells, which would result in their shut down, too. Portsmouth’s mayor, for his part, is understandably concerned about the possibility of even greater impairment to his City’s water supply, but then suggests to his constituents that “we need to leave it to the experts to determine how concerned we need to be”. 1 Respectfully, Mr. Mayor, no you don’t need to do that, and in fact, you shouldn’t. Especially when something so dear as the integrity of your water supply is concerned, you and your constituents deserve not only rapid action to protect them, but also timely and accurate information. In short, you deserve the right to be involved. You can’t just trust that the “experts” are going to get the job done all by themselves. I have no reason to distrust DES here, but, after all, they are government bureaucrats, and my experience as an environmental lawyer over the last 15 years tells me that citizens must never trust that their government is as diligent in protecting them as it should be. For example, limited government budgets, changing government personal, competing government priorities, and political pressures often slow or even halt investigations into groundwater contamination, and clean-up efforts. The people of Portsmouth and their Mayor do not want to wake up years from now to find that they have a badly compromised water supply because their government couldn’t give it the attention that it should have. What’s the answer?  The Mayor is certainly correct when he says that he and his constituents are not environmental “experts”, so how is it that they should stick their noses in this problem, which is certainly scientifically complicated? Simple: public pressure. The people of Portsmouth do not have to pretend to be environmental “experts”, but they can be experts in demanding protection of their water supply and demanding a timely flow of information and action so that they can monitor whether or not their government is doing its job. No need to be anything but a concerned citizen to be that kind of an expert. We all understand that, when public and media attention stops, the priorities of those in government often change. They tend to move on to the next problem that is getting attention.  So, people of Portsmouth: don’t let that happen. Don’t let the government’s attention stray from the job of protecting your water supply. Specifically: