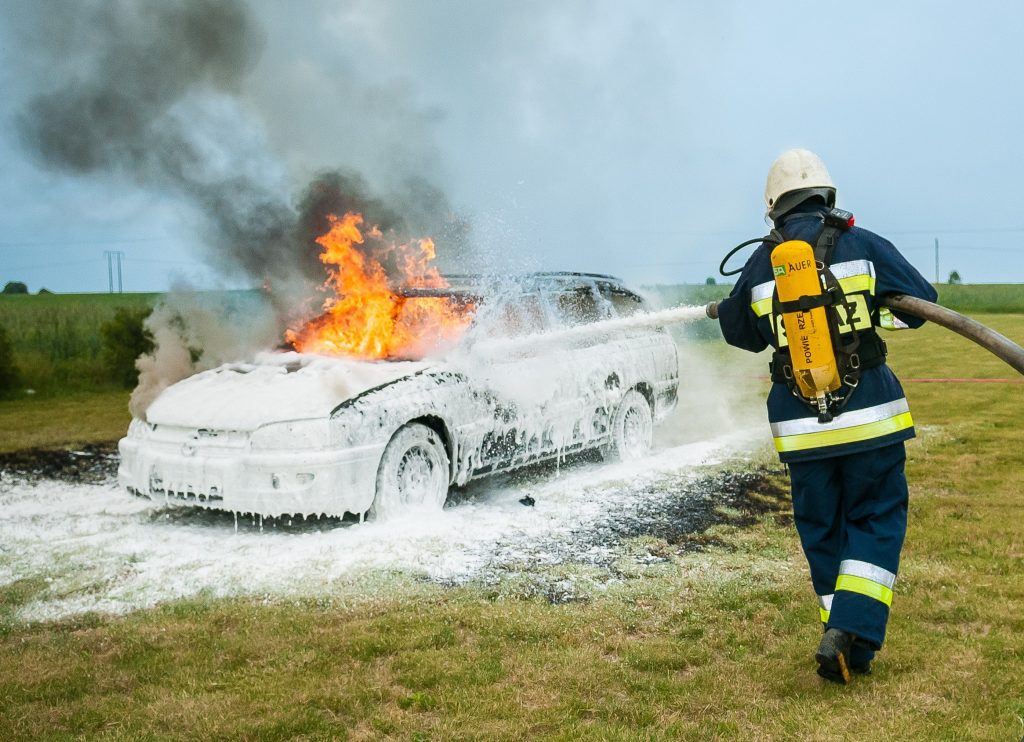 PFAS is short for per and polyfluoroalkyl substances, a family of hundreds of man-made chemicals that can have serious consequences for our health. PFOA and PFOS are two of the more prevalent and widely known perfluoroalkyl substances, that are used in consumer and commercial products. PFAS have been used for many years in firefighting foam, adhesives, clothing, carpeting, furniture, food packaging, and electrical wire insulation. These chemicals are resistant to grease and water, which is why they are used in the products listed above.

PFAS are referred to as ‘forever chemicals’ because they are extremely persistent; once they are in the environment, they stick around for a very long time.

What Are the Health Effects of PFAS?

The dangers of PFAS are extremely broad: low birth weights, high cholesterol, thyroid disease, liver damage, and kidney or testicular cancers are just a few of the potential health consequences from PFAS exposure. Once exposed, these chemicals accumulate in the blood and stay there for a long time. Due to this, chronic, low levels of exposure can become dangerous as the chemicals build up in the body over time.

Exposure to PFAS most commonly happens through ingestion of contaminated food and drinking water or through the use of products that contain PFAS. Millions of Americans are likely to have measurable amounts of PFAS in their blood because of how widespread PFAS contamination is in this country. The biggest threat may be PFAS in drinking water as the chemicals have been detected in thousands of water systems around the country.

What is the EPA Doing about PFAS?

The EPA has known about the problem of PFAS in drinking water since 2001 but has failed to set any enforceable legal limits on the chemicals. To date, there is no maximum contaminant level (MCL) for any PFAS chemicals, just a non-enforceable “health advisory” level of 70 parts per trillion (ppt) for  PFOA and PFOS in drinking water.

This is completely inadequate according to the Environmental Working Group and independent scientists who consider 1 ppt—certainly not 70ppt– a safe level. Frustrated by this federal failure, some states have set their own standards. Now, after years of inaction under Trump and his predecessors, the EPA has re-proposed the Fifth Unregulated Contaminant Monitoring Rule to collect data on 29 PFAS in drinking water. They have also reissued the final regulatory determinations for PFOA and PFOS under the Safe Drinking Water Act (SDWA), confirming their intention to move forward to develop enforceable drinking water standards –called “Maximum Contaminant Levels” (MCLs)–for those two PFAS. We applaud this progress, but it may be too little too late, as millions of Americans have already been exposed. Moreover, these actions fail to adequately address all of the other PFAS.

In 2020, California issued updated drinking water notification levels of 10 ppt for PFOA and 40 ppt for PFOS. These are health-based advisory levels established for contaminants in drinking water that lack a maximum contaminant level (MCL). Now they are taking the steps necessary to add two of the most widely used PFAS to Prop 65.

If PFOA and PFOA are added to Prop 65 in California, companies will have to put warning labels for carcinogenicity on all products containing these chemicals.  Prop 65 includes two provisions: (1) A warning requirement:  Businesses with 10 or more employees must provide “clear and reasonable warnings” before knowingly or intentionally exposing individuals in California to the chemicals that are listed as known to cause cancer or reproductive harm. (2) A discharge prohibition: This provides that anyone doing business in California may not knowingly discharge any listed chemicals into water or onto land where such chemical pass or probably will pass into a source of drinking water.

On March 19, 2021, the California EPA’s Office of Environmental Health Hazard Assessment (OEHHA)  published a Notice of Intent to list PFOA as known to the state to cause cancer under Prop 65. The OEHHA based this decision on a 2020 report by the National Toxicology Program (NTP) that concluded that PFOA causes cancer.

On March 26, 2021, the OEHHA followed this up with another notice announcing that PFOS will be reviewed by the Carcinogen Identification Committee (CIC) of the OEHHA’s Science Advisory Board for possible listing under Prop 65 as a carcinogen. PFOA and PFOS were listed under Prop 65 as substances causing reproductive toxicity in 2017.

The same day, OEHHA gave notice that it will be reviewing four other PFAS—PFDA, PFHxS, PFNA, and PFUnDA– to determine if they should be added to Prop 65 due to potential reproductive toxicity.

Significantly, listing PFOA and PFOS under Prop 65 in California will also have ramifications for businesses outside the state as the regulations will apply not only to companies located in California but also to any company that sells products to anyone in the state of California. This impact could be huge.

As environmental lawyers, we applaud the state of California for taking steps to protect its citizens from PFAS. We urge the US EPA to follow California’s lead without delay and regulate these cancer-causing contaminants as well.

The Collins Law Firm is a nationally known environmental firm fighting for plaintiffs who have been hurt by contamination. We have recovered over $100 million for our environmental clients and stand ready to help you get justice. If your health or neighborhood has been seriously impacted by PFAS contamination, reach out to us at 630-527-1595 for a FREE evaluation of your PFAS case.