Naperville’s Most Dangerous Streets and Intersections

Naperville is consistently ranked as one of the best cities to live in, based on its schools, low crime level, and family-friendly amenities. Because of its popularity, Naperville has grown to the third-largest city in Illinois, now boasting a population of 149,146. Unfortunately, that growth brings more traffic and more car accidents. Sadly, there are hundreds of people injured in car crashes each year in Naperville. Not surprisingly many of these auto accidents occur at busy intersections in town. Our Naperville car accident lawyers (link to new Naperville car accident page) represent many of these car crash victims every year. According to the most recent data available from 2016, the most dangerous streets and intersections in town include:

If you live or work in Naperville, it is impossible to avoid these streets and intersections. However, being aware that they are prone to traffic accidents may make you drive more cautiously in these areas.

If you are injured in Naperville in a car crash caused by another driver’s negligence, you will need a tough, knowledgeable, car accident attorney on your side fighting to get you the maximum compensation you deserve. That’s what we do at The Collins Law Firm. Our highly rated, respected, and caring car accident lawyers will guide you through the process so you can concentrate on recovering while we focus on getting you justice. Call us at (630) 527-1595 or fill out our contact form for a FREE evaluation of your car accident claim today. 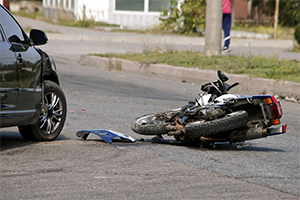