As coronavirus cases and deaths continue to rise at Illinois nursing homes, Alden Estates has emerged as the nursing home facing the worst COVID-19 outbreak in Naperville. As of June 12, 2020, the facility had reported 94 confirmed cases of COVID-19 among residents and 21 deaths. Considering that the number of residents at Alden Estates of Naperville is usually 131–according to the Centers for Medicare and Medicaid Services–these numbers are staggering. Moreover, Alden Estates accounts for 41% of Naperville’s COVID-19 cases and 62% of the city’s coronavirus deaths.

For comparison, here are the statistics on COVID-19 at similar nursing homes in Naperville that are faring much better:

END_OF_DOCUMENT_TOKEN_TO_BE_REPLACED 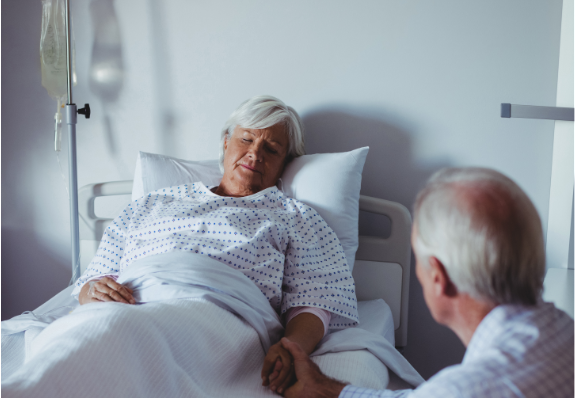 Alden Estates of Naperville is a for-profit nursing home located at 1525 Oxford Lane in Naperville, Illinois. They participate in Medicaid and Medicare programs and have 203 certified beds. They are one of many Illinois nursing homes facing a severe outbreak of COVID-19. As of May 23, 2020, a reported 91 residents and staff have tested positive for COVID-19 and 21 people have died.

Alden Estates of Naperville receives two out of five stars (below average) on Medicare.gov based on recent staffing levels and health inspections. While residents received an adequate amount of nursing care, they received an hour less time per day from nursing aides than the national average.