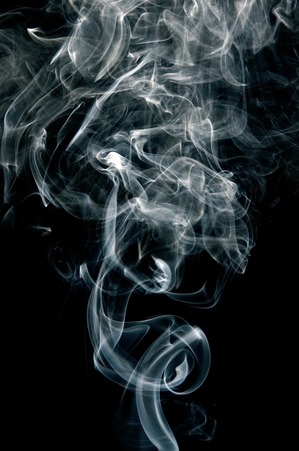 It’s been mere months since an Aurora shop owner, a distributor and an Iowa manufacturer were sentenced to jail for furnishing the synthetic marijuana which killed a young man, but “fake” marijuana is back in the news again, this time responsible for killing three people and sickening more than 107 others in Illinois.

We represented the family of the young man from Aurora in a lawsuit against the people responsible. As a result of his case and others, the governor and Illinois legislature passed an amendment to the state’s Controlled Substance Act last spring, aimed at stopping the sale of synthetic marijuana. So, how are synthetic cannabinoids still out there? According to the Chicago Tribune, unethical and greedy manufacturers of the drug simply change the formula to skirt new laws. This time around, the new formula includes a chemical called brodifacoum, which is commonly used as rat poison. The poison prevents the blood from clotting, which makes this version of synthetic marijuana even more dangerous than past formulas.

People who ingest synthetic marijuana can start bleeding from multiple sites on the body including the mouth, nose, eyes, and ears. The rat poison is stronger than the blood-thinning drug warfarin and stays in the body for a long time. Hospitals have been treating people with symptoms ranging from bleeding gums and noses to internal bleeding and blood in their urine and stools. These patients require long-term vitamin K treatment to recover.

END_OF_DOCUMENT_TOKEN_TO_BE_REPLACED

Earlier this week, a federal criminal complaint was filed by prosecutors against a former smoke shop owner and her employee over the death of a young man who smoked synthetic marijuana purchased from the shop located within a west suburban mall. That young man was Max Dobner, an excellent college student, loyal brother, loving son, and fine young man who made the simple mistake of believing that this synthetic product purchased at his local mall was both legal and safe. If Max had any clue as to how dangerous this product was he would have never tried it. I can say this with confidence because our firm had the honor of representing Max’s family in a civil lawsuit for his wrongful death.

Tragically, and despite frequent news reports, the real dangers of these toxic and lethal products still go unrecognized by many. According to a press release issued this week by the American Association of Poison Control Centers (AAPCC), poison control centers throughout the United States have experienced a dramatic spike in calls related to exposure to synthetic cannabinoids. AAPCC reports that between January 1, 2015, and April 22, 2015 poison control centers have received 1,900 exposure calls from people experiencing adverse reactions to these drugs. This figure represents a fourfold increase over calls in 2014.

The sobering truth behind these statistics is that people still don’t understand the magnitude of the dangers these products present. According to Dr. Eric Wish, director of the Coordinating Center for the National Institute on Drug Use (NIDA), “[o]ur research shows that people are playing Russian Roulette with their lives because only the chemist creating the synthetic cannabinoid really knows what is in it.” The health effects from these drugs include inter alia: death, brain damage, permanent neurologic disorders, intense hallucinations, psychotic episodes, severe agitation, anxiety, and suicidal thoughts.