The National Council on Aging has 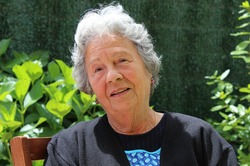 published its “Top Ten Financial Scams Targeting Seniors” list.  https://www.ncoa.org/economic-security/money-management/scams-security/top-10-scams-targeting-seniors/.  These scams are crimes, and they are on the rise. When they happen, they are devastating to not only the senior victims, but also to those who care for them or must shoulder the financial burden when the scam has left the senior less able to.

If you are caring for a loved one in his/her senior years, please send them this link, and talk to them about these despicable, but popular scams:

(1) Medicare/health insurance scams: The perpetrator poses as a health care representative; the whole purpose is to get the senior’s personal information, which can then be used to submit false bills to Medicare and other insurers.

END_OF_DOCUMENT_TOKEN_TO_BE_REPLACED

The ruling is a strong attempt to return that power back to the plaintiffs in disputes concerning nursing homes. This is especially important in cases involving negligence, elder abuse, sexual harassment, and even wrongful death. Arbitration keeps these cases out of the view of the public and often leads to much smaller rewards or settlements for those harmed by the home.

The CMS, a federal agency within the Department for Health and Human Services, controls more than $1 trillion in Medicare and Medicaid funding. They passed the rule after 16 different states and the District of Columbia lobbied the government to completely cut funding to nursing homes that had arbitration clauses in their residency agreements. They argued that “arbitration kept patterns of wrongdoing hidden from prospective residents and their families”.

END_OF_DOCUMENT_TOKEN_TO_BE_REPLACED

Are you concerned that a family member is being abused or neglected at a nursing home? Mistreatment at the hands of a caregiver can happen in long-term care facilities, including nursing homes. The mistreatment may take the form of physical abuse, emotional abuse, neglect, or even financial exploitation. Signs of elder abuse differ but each type of abuse has distinct signs associated with it.

END_OF_DOCUMENT_TOKEN_TO_BE_REPLACED

Co-authored by Gregory Zimmer of The Collins Law Firm, P.C.

Contusions, bedsores, broken hips—all signs of nursing home neglect or abuse that can be caught earlier or even prevented with protective-care cameras. Last week, the Illinois legislature sent Governor Rauner a bill aimed at getting cameras in the rooms of every nursing home resident who wants one. Illinois has more than 860 nursing homes with more than 76,000 residents.1  If the governor passes the bill (HB2462), each of those residents can be better protected.

The possibility of neglect or abuse in nursing homes is a legitimate concern. The Federal Government’s General Accounting Office reports that 25% of the nation’s nursing homes have deficiencies that either cause actual harm to residents or carry the potential for serious injury or death.2  As a means to combat this problem, HB2462 specifies that footage from the cameras could be used as evidence in court.2