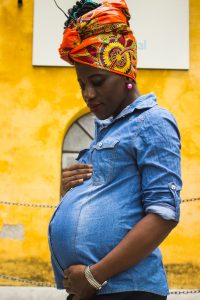 This week, a father of two filed a lawsuit against the hospital where his wife died shortly after giving birth to their new son. In the lawsuit, the father alleges that after what was supposed to be a joyous occasion, he saw his wife’s catheter turning pink with blood and asked a hospital employee for help. Her response: “Sir, your wife just isn’t a priority right now.” After being allowed to bleed internally for almost 10 hours, the hospital finally took the mother back to surgery, where she died from complications from her cesarean section.

Sadly, this mom is not alone. Tragedies like this are far too common in the United States, which has the highest rate of maternal deaths in the entire developed world. Every year, more than 50,000 women are severely injured during childbirth, and about 700 mothers per year die due to complications from childbirth. Worse, the U.S. is the only country in the developed world that has a rising maternal death rate due to pregnancy-related complications. Even more alarming is the fact that African American, Native American, and Alaskan Native women are about three times more likely to die from pregnancy-related issues than white women.

The troublingly high rate of mothers dying due to pregnancy complications has led to what some are calling the Maternal Mortality Crisis. The crisis has parents (and soon-to-be parents) across the country asking: why is this happening?