END_OF_DOCUMENT_TOKEN_TO_BE_REPLACED

The Chicago Tribune recently reported on a new federal study by the Agency for Toxic Substances and Disease Registry (ATSDR) – released just last week – that highlights a danger to Willowbrook residents who live near Sterigenics International, at 830 Midway Drive and 7775 S. Quincy St., in Willowbrook, IL. According to the report, the people living near this facility face a higher cancer risk from toxic air pollution than much of the rest of the country.

Why? Apparently, Sterigenics uses and stores a toxic gas called “ethylene oxide” to sterilize medical equipment, and has been releasing that cancer-causing chemical into the air since at least 1995.

END_OF_DOCUMENT_TOKEN_TO_BE_REPLACED

“Does this chemical cause cancer?” is one of the first questions I get from a mom or dad who has just learned that, unbeknownst to them, a toxic chemical from an industrial source has been in their family’s air or water supply for years.

I always caution that, even if the chemical(s) just discovered in their home or neighborhood can cause cancer, it does not mean that they will. In fact, in most contaminated homes and neighborhoods, statistics are on our side: the great majority of residents will not contract cancer as a result of exposure. The important thing is to understand and respect the dangers of these chemicals, and, depending on their toxicity, get your family out of harm’s way…..by, for example, supplying your home with bottled water to avoid, as much as possible, contact with the contaminated groundwater entering the home via your family’s kitchen tap, or installing a “vapor mitigation system” on your house to prevent contaminated gasses from intruding inside where your family will breathe them.

For this reason, it is important to be informed. This link from the American Cancer Society tells us what our most respected health agencies have concluded about the dangers of many chemicals, and specifically whether they are “known” or “suspected” to cause cancer in humans (given significant exposure over a long enough period of time). https://www.cancer.org/cancer/cancer-causes/general-info/known-and-probable-human-carcinogens.html

END_OF_DOCUMENT_TOKEN_TO_BE_REPLACED 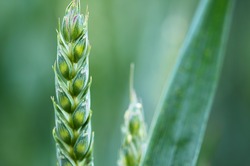 If many of us went to our garages or sheds, we would find “Roundup,” a popular lawn and garden weed killer sold by Monsanto. Since its commercial introduction in 1974, Roundup has become the most widely used weed killer in the United States, and possibly the world. In fact, Roundup is used in more than 160 countries internationally, with more than 1.4 billion pounds being applied to lawns and farms across the world annually.

The main ingredient in Roundup is an herbicide called “glyphosate.” Once glyphosate is applied to a plant, it prevents the plant from making certain proteins that are necessary for its continued growth. In order to allow for large-scale use of glyphosate on farms, crops have been genetically modified to be resistant to this herbicide.

END_OF_DOCUMENT_TOKEN_TO_BE_REPLACED

In March 2015, the World Health Organization’s International Agency for Research on Cancer (IARC) gathered seventeen of the world’s top cancer researchers to evaluate glyphosate, a primary component of the popular weed-killer, Roundup. The seventeen member workgroup was led by Dr. Aaron Blair, a recently retired epidemiologist from the U.S. National Cancer Institute.

Over a year-long period, the workgroup reviewed nearly 1,000 peer-reviewed and published scientific studies. Based on the results of these studies, IARC unanimously classified glyphosate as a Group 2A chemical, “probably carcinogenic to humans.” This categorization is given when there is limited evidence of carcinogenicity in humans and sufficient evidence of carcinogenicity in experimental animals. Of the nearly 1,000 chemicals reviewed by IARC to determine the carcinogenic effect, fewer than 100 have received this designation.