Personal Injury - Environmental Business Law Contact Us For a Free Consultation
When You Need a Lawyer Who Will Fight for You
Home
Attorney Profiles
Shawn M. Collins 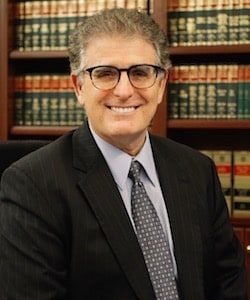 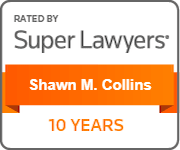 An outstanding trial attorney, Shawn Collins is at his best in a courtroom. Since 1986, Shawn Collins has combined his powerful communication skills with an unrelenting commitment to his clients' causes to win trials and secure favorable settlements in courts across America. Shawn has extensive experience handling "high stakes" litigation in the following areas:

His success can be measured in the results he has earned for his clients. Most recently, Shawn served as co-counsel in a case resulting in a $363 million jury verdict for a woman who contracted breast cancer after decades of exposure to the defendant's ethylene oxide. He has also been instrumental in acquiring clean water and contamination-free homes for thousands of families. In addition, Shawn has recovered millions on behalf of clients, including: $34.5 million for a neighborhood with toxic vapor intrusion, $10 million on behalf of homeowners whose wells were contaminated by dangerous chemicals; $8.5 million for the wrongful death of a firefighter killed in a motor vehicle accident; $16.9 million for families in a groundwater contamination case; $8.19 million for a town with vapor and groundwater contamination; more than $12 million for plaintiffs who contracted cancer after exposure to toxic chemicals; $8 million in settlements to families affected by landfill contamination; over $30 million for condominium owners in property disputes.

Shawn has been named as one of the Top 100 Trial Lawyers by The American Trial Lawyers Association from 2005 through 2021, a designation extended only to those attorneys "who exemplify superior qualifications of leadership, reputation, influence, stature, and profile as civil plaintiff or criminal defense trial lawyers." Shawn is also a "Leading Lawyer", a distinction earned by fewer than 5% of all lawyers in Illinois, and one that is decided upon by peers in the legal community. In addition, since 2005, Shawn has repeatedly been selected as an Illinois "Super Lawyer", most recently in 2021. Shawn has also been recognized as a "Best Lawyer", a Top 10 Environmental Trial Lawyer, and AV Preeminent by Martindale Hubbell. In addition, he has been selected for the Irish Legal 100, a list of the most distinguished legal professionals in the U.S. with Irish roots, and received a Lifetime Achievement Award from America's Top 100 Attorneys, an award reserved for only 100 attorneys in each state. Less than one-half of one percent of active attorneys in the United States will receive this honor.

Since starting The Collins Law Firm's environmental practice over 20 years ago, Shawn has dedicated the great majority of his professional life to making state and federal laws deliver justice for his individual and community-based class clients whose air, soil or water has been contaminated with carcinogens. Leading a team of committed environmental advocates, Shawn has secured for his environmental case clients hundreds of millions of dollars in environmental investigation, testing and remedy, including the cleanup of aquifers badly-contaminated with carcinogens; clean water for families and municipalities whose water supplies were threatened; and the installation of extensive in-home systems to protect residents against the intrusion into their homes of highly toxic chemical vapors. Shawn and CLF have also secured more than $100 million in financial compensation for their clients, in addition to guarantees of homes values in communities where home values were threatened by pollution.

These results were achieved over more than two decades in some 20 large environmental cases throughout the Midwest, where Shawn and CLF sought to hold corporate polluters accountable to their more than 20,000 clients. Each case was either a class action, or a consolidation of many individual cases. Each posed daunting challenges—procedurally (in achieving the consolidation of many individual cases, or getting classes certified over vigorous opposition); legally (in seeking novel applications of the law); scientifically (as the cases required mastery of complex issues in hydrogeology, toxicology and various engineering sciences); and financially (as CLF was often up against some of the largest corporations and law firms in the country, determined to exhaust CLF resources). Shawn aggressively invoked both state and federal law—pressing common law claims for negligence, trespass and negligence; claims under state environmental statutes; and claims under federal statutes, such as RCRA and CERCLA.

Shawn has typically served as the lead or co-lead counsel for his clients in all aspects of these cases, leading lawyer teams in the formation of overall case strategy and all other important aspects of the cases, and serving usually as the lead advocate in briefing and argument before courts, and in evidentiary presentations and at trials. In 2019, Shawn and CLF were appointed as co-lead counsel (along with MBG) in the largest consolidated toxic tort mass action in Illinois history, In re Willowbrook Ethylene Oxide Litigation, pending in Cook County state court in Chicago. There, Shawn and CLF advocate for more than 750 residents of Western Suburban Chicago, who allege that their breast and blood cancers were caused by exposure to defendants’ emission for decades of a known human carcinogen, ethylene oxide.

Since founding The Collins Law Firm in 1992, Shawn has been a frequent lecturer to bar associations, civic organizations and business groups on legal and environmental topics, as well as a key speaker in many webinars and conferences. Shawn is also routinely asked by the media to share his experience on various matters. In addition to his cases being covered on ABC, CBS, NBC, and Fox, Shawn has spoken with CNN's Dr. Sanjay Gupta on a CNN special report concerning "Toxic Schools." and with Dr. Drew Pinsky about a disturbing illness at a high school in New York and the environmental investigation to find a cause. More recently, he has been a guest panelist on Court TV.

Shawn also co-authored a book, "Environmental Legal Insights; Top Environmental Lawyers Share What They Know Best". Shawn's chapter is entitled This Land is Our Land: Why We Must Count on Ourselves to Protect against Pollution. It deals with his experiences in investigating and litigating environmental contamination cases, and their impact on the environment and the people who live there.

Shawn is a member of the American Association for Justice, the National Trial Lawyers. the Illinois Trial Lawyers, and the Illinois and Chicago Bar Associations. Shawn has also been honored as a finalist for the Daily Herald newspaper's "person of the year" award for his work on behalf of the families in Lisle, Illinois to secure a safe source of drinking water after learning their groundwater had been contaminated with TCE.