What You Need to Know About Paraquat 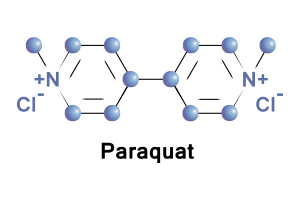 Paraquat is a dangerous, extremely toxic chemical that is used as an herbicide. Because of its toxicity, paraquat is available only to certified pesticide applicators in the U.S. and is banned in 32 countries around the world. Nevertheless, it is one of the most widely used herbicides in the U.S. because it is a very effective way to control weeds and grasses, especially those that are resistant to Roundup. In The United States, paraquat is blue in color, emits a strong odor, and has an added agent that will induce vomiting upon consumption. It is manufactured by 377 companies worldwide, including the agro-giant Syngenta. According to the US EPA, “Paraquat is highly toxic. One small sip can be fatal and there is no antidote.”

How Could I Be Exposed to Paraquat?

Exposure to paraquat can happen through ingestion, inhalation, or skin contact. The people who are most commonly exposed to paraquat are certified pesticide applicators who are licensed to use it and those who live near fields where paraquat is sprayed.

Where is Paraquat Used?

Paraquat is used on commercial farms to control invasive weeds. Applicators spray it on crops such as corn, soybeans, wheat, and alfalfa. It is also used on orchards and to desiccate (dry) crops like cotton before harvesting.

What Are the Health Effects of Paraquat? 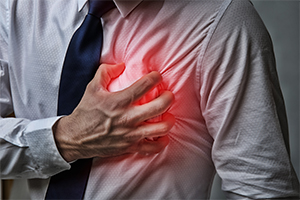 Paraquat is a poison; even a small amount can be fatal. Ingestion of paraquat may also result in the person developing the following health issues:

Long-term exposure to paraquat may also cause severe health issues. Those who are exposed to paraquat are at a higher risk for the following health conditions:

The possible symptoms of paraquat exposure or poisoning are:

Is There a Way to Determine If I Have Been Exposed to Paraquat?

If you suspect you have been suffering from chronic, low-level exposure to paraquat, urine and blood tests may be available to you. However, they must be performed quickly since paraquat only stays in the body for 12 to 24 hours following exposure.

How Can I Reduce My Risk of Being Exposed to Paraquat? 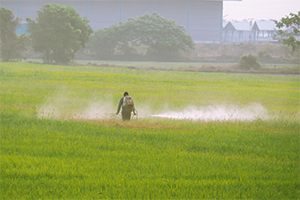 The best way to reduce your risk of exposure is to stop using paraquat and switch to another product. There are many, safer, alternatives to paraquat that will yield the same results. In 32 countries, including China and the European Union, commercial farmers are using other products because paraquat is banned.

What Should I Do If I’m Concerned for My Health?

If you are concerned about your health, contact your doctor or find a doctor who is familiar with the health effects of paraquat to determine the best options for your health moving forward.