Personal Injury - Environmental Business Law Contact Us For a Free Consultation
When You Need a Lawyer Who Will Fight for You
Home
Attorney Profiles
Norman B. Berger 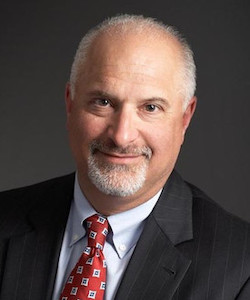 Norman is one of the most accomplished environmental lawyers in the country. He brings almost 40 years of trial experience to CLF. He is licensed to practice in the State of Wisconsin, State of Illinois and before the United States Supreme Court and federal trial and appellate courts. A consummate advocate for clients, Norman has served as lead trial counsel in dozens of jury and non-jury cases across multiple jurisdictions. A member of the firm's litigation practice, Norm represents clients in state and federal courts nationwide and before state and federal agencies, as well as in arbitrations and mediations. He also has served as an arbitrator for the American Arbitration Association.

Norman has been practicing environmental law and litigation dating back to the early days of environmental enforcement and regulation. In the early '80s, he was an Assistant Attorney General of Illinois and was assigned to the Special Litigation Section. There, he represented the Illinois Environmental Protection Agency (IEPA) in enforcement matters. In that capacity, by way of example, Norman led the IEPA's enforcement against one of the large X-ray film recovery companies which was releasing cyanide to the environment through its operations. Norman continued his environmental practice when he left the government and was involved in many of the largest Superfund matters in the Midwest and nation-wide, including in Wisconsin. He participated as lead trial counsel in one of the San Fernando Valley Superfund sites. He has in-depth experience with complicated technical and regulatory issues and with matters involving scientific and other technical experts. He has also counseled, and litigated for, clients on environmental insurance coverage, permitting, enforcement, and administrative matters. His notable achievements include obtaining a multi-million dollar judgment in one of the first cost-recovery trials under the Superfund statute. A key issue tried in that case was whether the millions in cleanup costs incurred by his client were consistent with the provisions of the National Contingency Plan. Norman has also represented individuals and families whose homes have been contaminated by industrial pollution, resulting in diminished property values and serious health issues. His efforts in this area have resulted in remedies ranging from mandatory property cleanup and the provision of clean water supplies, to monetary reimbursement for property damage and medical expenses in excess of $100 million. In these cases, Norman has negotiated multi-million dollar settlements in toxic tort cases for clients exposed to toxic chemicals.

Honors and Awards
Contact Us
Practice Areas
Featured in the Press