× Close Video
Personal Injury - Environmental Business Law Contact Us For a Free Consultation
When You Need a Lawyer Who Will Fight for You
COVID-19 UPDATE: Collins Law is open, providing excellent representation for clients by phone, email, and videoconference.
Home
Attorney Profiles
Leonard E. Hudson 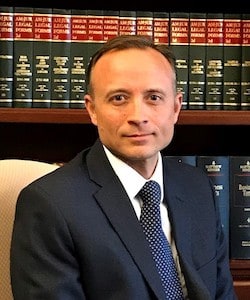 Len has represented both plaintiffs and defendants in courtrooms and boardrooms across the country. He has deep experience in business and corporate disputes involving a wide variety of industries and claims, ranging from day-to-day operational disputes to sophisticated class actions and regulatory matters.

Len has engaged in significant pro bono work, including handling the post-conviction appeal of a death penalty case, defending the treasurer of a non-profit group against claims of accounting misconduct, and helping a pre-trial detainee obtain major surgery.

Before joining The Collins Law Firm, Len practiced for a nearly a decade at the Chicago office of a large international law firm where he focused on complex commercial disputes and led the firm's retail, franchise and distribution team. Len recently completed a career sabbatical during which he achieved a lifelong dream of living on a sailboat with his wife and three young children. He now lives in Naperville.

Featured Cases
Contact Us
Practice Areas
Featured in the Press