× Close Video
Personal Injury - Environmental Business Law Contact Us For a Free Consultation
When You Need a Lawyer Who Will Fight for You
COVID-19 UPDATE: Collins Law is open, providing excellent representation for clients by phone, email, and videoconference.
Home
Attorney Profiles
Edward John Manzke 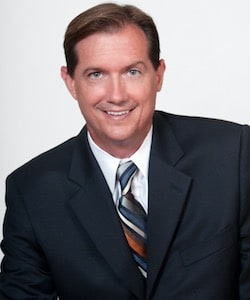 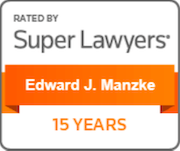 A gifted personal injury lawyer, Ed excels in understanding the facts and law concerning how a client was injured, and in developing a legal strategy to win just compensation. He is passionate about representing injured people who are at a low point in their lives and need legal help. A lawyer since 1992, Ed has won verdicts and favorable settlements for his clients in the following cases:

Ed has been selected as an Illinois "Super Lawyer" for 2006, 2007, 2009-2021. Considered among the best in their profession, Super Lawyers represent the top 5% of the practicing attorneys in Illinois. In addition, he has been recognized by Best Lawyers® in 2020 and 2021. Best Lawyers lists are compiled based on exhaustive peer-review evaluations and are regarded as the definitive guides to legal excellence. Ed's personal injury cases have been the subject of extensive media coverage and have appeared on multiple news outlets, including CBS, ABC, NBC, FOX and MSNBC. Most recently, Ed appeared on MSNBC's "Caught On Camera" television show to discuss one of his recent personal injury cases. The Chicago Daily Law Bulletin has also recently featured Ed's work in a multi-million dollar DuPage County personal injury case.

In the past fifteen years, Ed has recovered over $125 million dollars for his clients. Here are a few examples of his successes:

In 2020, Ed recovered over $22 million dollars for his clients, including a $1 million dollar settlement for a child injured in a boating accident.

In 2019, Ed secured over $5 million dollars in verdicts and settlements for his clients.

During 2014 and 2015, Ed secured over $6 million for his clients in cases ranging from wrongful death, and product liability to automobile accidents and premises liability. Ed is believed to be the first plaintiff's attorney in Illinois and one of the first in the country, to successfully prosecute a wrongful death case involving the negligent manufacture of synthetic drugs.

In 2013, Ed recovered over $8 Million on behalf of his personal injury clients and victims of environmental contamination.

In addition to his personal injury work, Edward has over 20 years’ experience litigating environmental class action and toxic tort cases. Together with law partner Shawn Collins, Edward started and developed CLF’s Environmental Litigation practice. In that role, he has dedicated himself to fighting for the innocent victims of groundwater, air and soil contamination. The results of these legal battles have been outstanding and include recovery of over $100 million in damages for victims of environmental pollution and the development of new legal precedent making it easier for innocent families to seek relief as a class of citizens. Edward is most proud of the fact that his environmental work with the Firm has also included providing safe drinking water for over 16,000 people. Edward often serves as the lead investigating lawyer for the firm on its environmental cases, conducting and supervising the detailed review of the typically multi-million document record; he also leads the firm’s work in understanding the toxicity of the chemical at issue, working closely with experts to develop the scientific core of the case. In addition to his environmental practice, Edward has 29 years’ experience handling complex litigation as lead counsel. During his legal career, Edward has acted as lead trial counsel or second chair in over a dozen trials, binding arbitrations and binding mediations. Edward has been invited to speak on environmental class actions by the Chicago Bar Association and he has been retained as an expert witness in environmental litigation.

Ed has represented his clients in the Illinois Supreme Court, the Illinois Appellate Court, Illinois state courts and federal courts throughout the country. He attended the University of Illinois at Urbana-Champaign, where he received his B.A. in Economics. As an undergrad, Ed was named a George Huff award winner, recognizing his proficiency in scholarship and athletics. While an undergrad, Ed was a member of the Dean's List and earned a varsity letter in basketball. Ed continued his studies at the University of Illinois where he received his law degree and was a member of the Dean's List.

American Association of Justice
Member Since: 1992