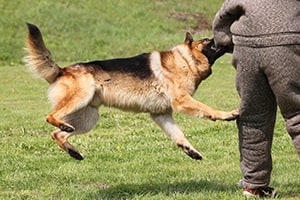 Dogs are generally considered man’s best friend, and most of the time, they are just that. However, when a dangerous, untrained, or uncontrolled dog bites someone, serious injury and death can be the consequence. Fortunately, the Naperville dog bite attorneys at The Collins Law Firm are experienced at handling dog bite cases and securing favorable settlements for our clients who have been scarred or injured in a vicious dog attack. If you have been the victim of a dog bite attack, let us help you. Contact us so we can begin fighting to get you the justice you deserve.

How Common are Dog Bites in Illinois and Who is Most Affected?

The frequency of dog bites in the U.S. and the severity of their consequences may surprise you:

The people most affected by dog bites are children. They are significantly more likely to be bitten by a dog since they do not know how to read the signs that a dog may be dangerous. Moreover, when children are attacked, their injuries tend to be more severe. It’s important you know your legal options if you or your child has been injured by a vicious dog.

What are Some Common Injuries in Dog Attacks? 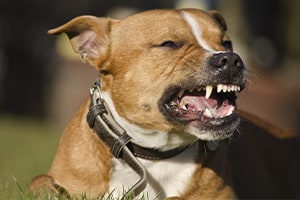 Dog bites can result in a wide range of injuries, some significantly more severe than others. Unfortunately, permanent disability and disfigurement are not uncommon occurrences after a vicious dog attack. Below you will find the most common injuries that result from dog bites:

If you are suffering from one of these injures after a dog attack, do not wait to contact our experienced dog bite lawyers. Like many states, Illinois has a two-year statute of limitations for most personal injuries. Dog bites are considered a personal injury, which means that you have two years from the date the attack occurred to file a dog bite lawsuit. If you miss this deadline file a lawsuit, you lose forever your right to file a claim.

What Causes Dog to Bite and When are Owners Liable?

Many things can cause a dog to bite: improper training, owner negligence, and provocation are just a few examples. In every scenario except provocation, the owner can be held liable for a dog attack. If provocation was involved, the owner is no longer liable for any injuries sustained from dog bites. Furthermore, the owner of a dog is considered to be anyone who is allowing the dog to be on their property or taking care of the dog, as well as the actual owner of the dog. Whoever fails to prevent a dog attack from happening can be held liable. Generally, owners are liable because of:

Owner negligence. This occurs when a dog’s owner has not fulfilled his responsibility to the dog and to the people who encounter his dog. In order to obtain compensation, your attorney must prove that the owner was negligent and failed to act to prevent an attack.

What Damages Can I Recover in a Dog Bite Lawsuit? Illinois Does Not Have a ‘One Bite’ Rule

Many states have something commonly known as a ‘one bite’ rule. This rule states that the owner of a dog is typically exempt from ramifications if it is the first time their dog has caused an injury so long as they had no reason to suspect their dog to be dangerous. Illinois does not have this rule.

The fact that Illinois does not have this ‘one bite’ rule means that when a dog causes injury, the owner is entirely liable even if they had no reason to suspect their dog to be dangerous. The only exception to this is if the victim was not properly conducting himself and caused the bite to occur.

You Owe Nothing Unless Your Dog Bite Case is Successful

If you or a loved one has been seriously injured or killed in a dog attack, we urge you to call The Collins Law Firm as soon as possible. Our Naperville dog bite attorneys have handled many cases just like yours and know how to get the maximum compensation available to you. A dog bite is a tragedy that can leave you with lasting physical and mental injuries; our lawyers will be by your side every step of the way to get you the justice you deserve. Call us today at (630) 527-1595 or fill out our contact form for a free evaluation of your dog bite case.