Pressure cookers, which are commonly known as ‘instant pots’, have become extremely popular in the U.S. recently. Given the busy lives we lead, it’s hard for most people to find the time to make a healthy, homecooked meal. That’s where pressure cookers come in. They fill a need, allowing families to cook a nutritious meal in a fraction of the time it would take to make the same meal in a crockpot or oven. That is why so many families—especially those with two working parents—have turned to pressure cookers to feed their families. Although these appliances are supposed to be simple to operate and safe to use, many of them have defects that cause them to explode, causing serious injury to unsuspecting users.

What is a Pressure Cooker? 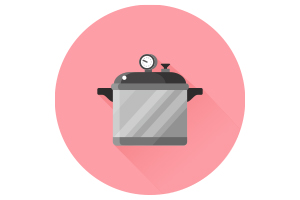 A pressure cooker is a kitchen appliance that uses pressurized steam to cook food faster than conventional cooking methods. These devices trap the heat from boiling water in a sealed chamber, producing high-pressure steam and delivering cooking temperatures as high as 266° F. The result is that these popular appliances can give you a quality, nutritious meal in a quarter of the time needed for conventional cooking. Unfortunately, the design of these products is potentially faulty.

What Pressure Cooker Defects Cause Injuries?

There are several defects affecting pressure cookers, but the end result is the same: the defects cause the appliances to explode-- either from a build-up of internal pressure or a drastic change in pressure as the lid is removed. The steam from pressure cookers is normally released through a valve that ensures there is never too much or too little pressure in the device. However, if this valve is clogged for any reason, the device is at risk of exploding and causing potentially serious, life-threatening injuries. The specific causes of the explosions include:

What Injuries are Caused by Pressure Cooker Explosions? 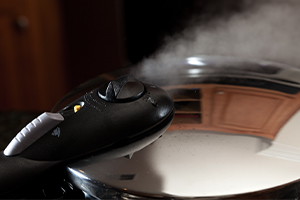 Injuries from pressure cooker explosions can range from being mildly inconvenient to devastating and life-threatening. Below you will find some of the most common injuries:

If you have been injured by an exploding pressure cooker, get medical attention as soon as possible. Before filing a case, you will need to prove that you made an effort to mitigate your damages by getting the proper treatment for your injuries. Your next step should be to contact the defective product attorneys at The Collins Law Firm about your claim. Lawsuits against instant pot manufacturers are being filed now, and you do not want to miss any statute of limitations or deadlines to file your case.

Which Pressure Cookers are Potentially Defective?

The pressure cookers that are affected are listed below:

If you own one of the above pressure cookers, you should stop using it altogether or handle it with extreme care to avoid a catastrophic injury.

How are Pressure Cooker Manufacturers Liable?

By law, manufacturers are required to meet minimum safety standards to ensure the safe functioning of appliances such as pressure cookers. When a pressure cooker explodes, it is the result of a defect in the appliance, and the injured party can file a product liability claim. These claims fall into three categories:

Do I Have a Pressure Cooker Lawsuit?

What are My Potential Damages?

If you have suffered an injury as a result of a faulty pressure cooker, you may be entitled to compensation in several categories. Our defective pressure cooker attorneys will seek to recover damages for:

How Can a Defective Product Lawyer Help?

If you have been injured by a faulty pressure cooker, hiring a good lawyer can be the difference between getting compensated or not. At The Collins Law Firm, we have experienced and dedicated lawyers who will make the legal process as simple as possible for you. Your lawyer will:

Call us at 630-527-1595 or fill out our contact form to see if you qualify for a defective pressure cooker lawsuit. We operate on a contingency fee basis so you won’t owe us anything unless we recover compensation for you. You have nothing to lose and everything to gain by speaking to an experienced defective product attorney, so contact us for a FREE evaluation of your defective pressure cooker claim today.