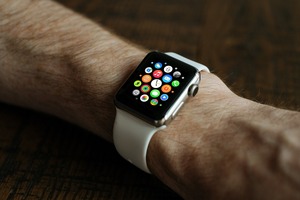 Over the last 10 years, cell phones have gone from large handheld phones we could use to make calls, to mini computers containing our mobile offices that we run our entire lives and businesses from. They are now essential tools in our everyday lives, but they are also incredibly dangerous when used while driving.

While everyone under the sun has acknowledged the dangers of distracted driving because of our smartphones, we have over-looked another – more distracting – device that is making driving more dangerous.

A study by the U.K. Transport Research Laboratory found that smartwatches are far more distracting than smartphones. According to the Huffington Post, the research found it takes 2.52 seconds for someone to react in the event of an emergency after looking at their smartwatch, compared to 1.85 seconds if they were using a smartphone.

There do not appear to be any proposed bans on driving and using a smartwatch in the U.S. yet, but there have been several bills introduced that propose making it punishable to drive and use a Google Glass device.

In 2015, there were 3,477 people killed and an estimated additional 391,000 injured in crashes involving distracted drivers according to the National Highway Transportation Safety Administration. Smart Watches contribute to the problem the same way our smartphones do. Recently, Apple unveiled an option to place your phone on driving mode which prevents notifications while you are driving. This step in the right direction may still not be enough to stop us from being distracted in our cars.

If you or a loved one are injured in an accident because of a distracted driver, you need an attorney with experience handling your case. The attorneys at The Collins Law Firm have been successfully resolving cases involving distracted drivers for years. Call the attorneys at The Collins Law Firm to learn how we may be able to help you get compensation for your crash.

Related Posts: Critical Things To Do After a Car Crash, Just How Deadly are Smartphones?, Shocking Report Reveals Suburban Roads are More Deadly than Chicago Streets, If You’ve Been in a Car Accident, Be Sure to Get a Police Report