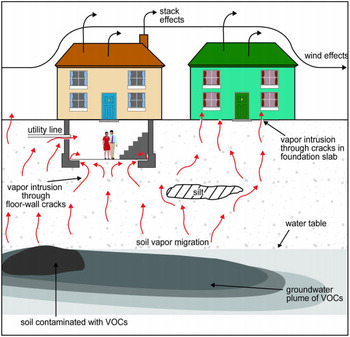 Beware of anyone who knows that people may be drinking or breathing dangerous chemicals, and yet doesn’t want to test to learn for certain if the chemicals are actually there. That kind of self-induced ignorance can cost people their health, even their lives.

In my 17+ years as an environmental lawyer, I’ve met many families who have fallen victim to the recklessness of polluters and even some in government, whose cynical creed is: “If you don’t look for contamination, you won’t find it”. They fight against ever having to test for chemical contamination–in water, air, soil. That way, they can use ignorance as an excuse to continue to deny that there is any problem at all, and thereby avoid ever having to pay to clean it up. That is their real goal. You can tell who they are because they often say things like this: “We are aware of no evidence that there are toxic chemicals in these families’ homes.”

Well, of course, you’re not aware of any “evidence”. How could you be? You haven’t bothered to look for it.

That brings us to the State of Michigan.

According to the Detroit News, Heidi Grether, the Director of Michigan’s Department of Environmental Quality (DEQ), says that the state has as many as 4,000 industrial sites where chemicals–which long ago were dumped at those sites and allowed to seep into area groundwater–may be migrating in gas (or “vapor”) form back up from the groundwater, through the soil, and into homes and other buildings where people live and work. This is a process called “vapor intrusion”. Many of these industrial chemicals-trichloroethylene, or “TCE”, is one prominent example-are dangerous not only because they convert easily into vapor form; can slip through imperceptibly small cracks and other openings in floors and walls to enter a home; and can cause serious, even life-threatening, illness……but especially because they are colorless and odorless. In other words, people may be breathing them right now, risking permanent damage to their health, and have no idea.

These 4,000 sites are, Grether says, “a significant public health threat”. She is right, of course. So Grether asked the Michigan legislature for $2.6 million that would pay for 8 DEQ employees to test at these sites, to learn for certain if vapors are indeed intruding into breathing spaces, and endangering the people who live and work inside.

On the surface, it would be easy to be disappointed with Grether’s request. For starters, it’s a very modest amount of money to investigate a problem potentially so large, and, in my opinion, not nearly enough to do what must be done over the 4,000 sites. Plus, the request comes years late……the threat of vapor intrusion from chemicals like TCE has been known for many decades (not just a few years, as some in Michigan pretend). Nevertheless, the request is, though modest, a decent start, and though late, better late than never. The people of Michigan are in danger. Michigan needs to start protecting them. The only legitimate question is: “Why didn’t Grether ask for much more, much sooner?”

After all, this is the same state that forced the people of Flint to drink lead-contaminated water.

But some Michigan legislators already have it right and don’t need to mull. Like Rep. Yousef Rabhi, of Ann Arbor. Rabhi criticizes the state for not taking the vapor intrusion issue seriously in the past. He says: “This is something that we should have been paying attention to for a long time because it’s been an issue for a long time.” I just hope that Rabhi is as persuasive as he is correct.

What some in the Michigan legislature are no doubt worried about is this: “What if we test for vapor intrusion, and find it? Then will we have to spend even more money to clean it up?” I would say this to these legislators: the state of Michigan definitely has a vapor intrusion problem right now, whether or not you chose to look for it. Many families who live near these industrial sites are definitely in danger of vapor intrusion. Testing will prove that these vaporized chemicals are in some of their homes right now. How do I know this for certain? Because there are just too many industrial sites with too many vaporizing chemicals that were dumped too carelessly and ignored for too many years for there not to be a problem.

You must vote for the $2.6 million for the testing because these families have a right to know. Their children, who are especially vulnerable to these chemicals, may be breathing them, and it is unconscionable for you to not give them the information they need to protect themselves. Also, beyond the basic morality of it-which is not subject to any reasonable debate– there is nothing to fear and much to be gained by testing. For example, if a test discovers that vapor is intruding into homes in a certain neighborhood near an old industrial site, then:

· The families will know it, and, depending on the concentrations of the chemicals found in their homes, be able to explore their options for immediately getting out of harm’s way. Their options might include temporarily moving out of the home’s basement if that’s where the contamination is until the vapor intrusion can be remedied. Or sealing all visible cracks in the homes’ foundation and walls, and better ventilating the home. Or the installation of a “vapor mitigation system”, the best of which essentially vacuum the vapors out from underneath the home, so they never get inside.

· The search can begin for the polluters, to make them pay for the necessary protection for the families they have threatened, and, ultimately, for cleaning up the chemicals from the groundwater and soil-which is where these chemicals hideout before they slip silently into the homes.

· The public notoriety that will come from the revelation that vapor intrusion is occurring will create a healthy pressure that forces a better and quicker solution.

Michigan: Time to protect your people. Vote for learning the truth. Vote for testing.