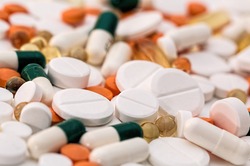 The just-released statistics are truly shocking: in 2015, while more than 52,000 Americans died from drug overdoses, two-thirds of those deaths were attributable to opioids like Percocet, OxyContin, heroin, and fentanyl.

What do we do about this? While there is no magical, quick-fix solution, it is clear that we must immediately get to work doing the following: