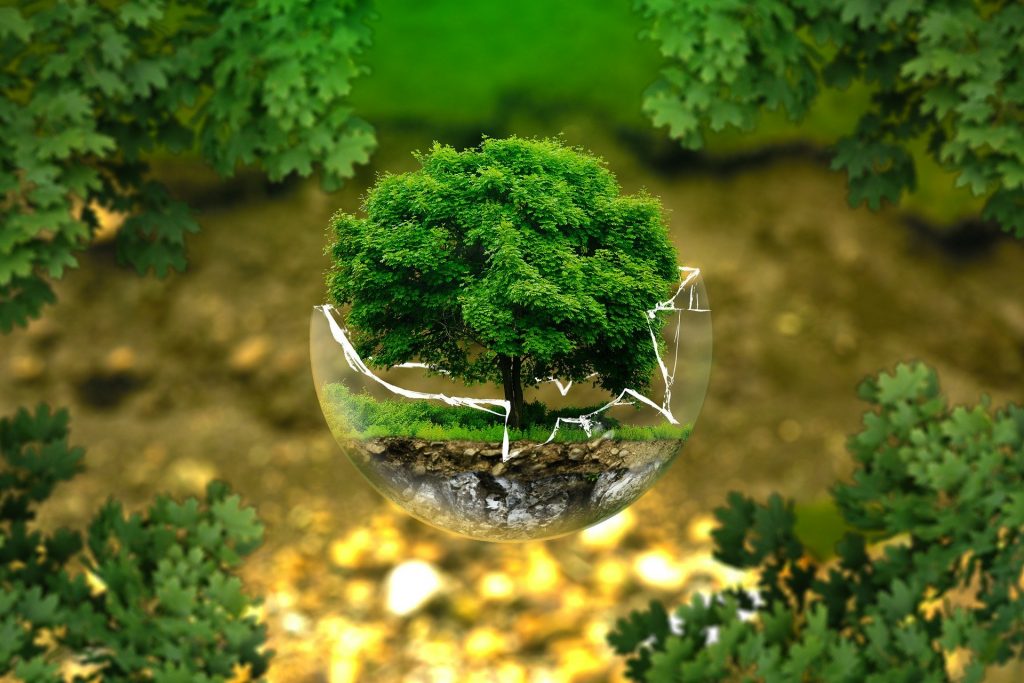 COVID-19 has had disastrous effects on humans around the globe. It has killed thousands, left even more in financial despair, and infected millions of people worldwide. However, it does not come without a silver lining. As a result of coronavirus-related shutdowns, air pollution, which plays a major role in whether those infected with COVID-19 live or die, is at its lowest level in years. If we pay close enough attention, this pandemic can also function as a learning moment for the climate crisis.

Worldwide, air pollution levels have dropped drastically as a result of shelter-in-place orders. The Himalayas are visible to those in India for the first time in years, skies across the globe are clearer than they’ve been in a very long time, and air pollution levels are the best they’ve been in nearly three decades. Perhaps more importantly,  highways are empty, planes are grounded, and factories have slowed production, reducing hazardous emissions in the air. While these improvements are exciting, they are temporary. The sharp reduction in fossil fuel pollution as a direct result of shelter-in-place orders has caused a short-term improvement in the quality of air that we are breathing.

However, we cannot expect these results to continue once the pandemic is over and orders are lifted. We must use this moment to pay attention and move forward into a new and better future. If we do not, when the shutdowns are over and life returns to the way it was, so will air pollution levels. We’re already seeing this happen in China, where the shutdown in response to COVID-19 is being slowly lifted. China’s air pollution levels dropped just like ours have. Now that their shutdown is being lifted, air pollution levels have jumped right back up to where they were before. Not only is this extremely disappointing for the fate of our planet, but it’s also extremely scary given that their shelter-in-place orders are not even fully lifted yet. This means that it’s possible that China’s air pollution levels may be even worse once the pandemic is fully over.

Due to the pandemic, many people are now fearful of taking public transportation, which may result in more people driving instead of taking subways or busses when the shutdowns are over. Factories may seek to make up for lost time by producing more than they typically would. People may take more trips after feeling stir-crazy during the quarantine. All of these factors may result in significantly more air pollution. That, in turn, leaves us more vulnerable to death and disease from novel viruses like COVID-19 in the future.

During this crisis, the Trump administration has continued rolling back critical environmental protection regulations, including Obama’s clean car rules which were meant to reduce carbon dioxide pollution from tailpipes. The EPA has decided to ease pollution guidelines and enforcement, effectively turning a blind eye to any company or factory that refuses to stay within maximum permissible pollution levels. Our government has essentially given climate change the green flag to go ahead and continue destroying our planet. We must stop it.

Air pollution is part of the reason this virus is so deadly. When we are constantly breathing in toxins, our lungs become damaged and our immune systems weakened, leaving us with less ability to fight a serious virus. If we do nothing to reduce air pollution, we will have a future rife with many more moments like this one. And until we recognize that pollution is creating climate change and work to stop this crisis, we may not have any future at all. A transition to clean energy is essential to our survival as a species and as a planet.

To those who choose not to believe the science that proves that we are causing climate change, take a look at your surroundings. In the couple of months that we have had less of an impact on our planet, the earth has thanked us. That is undeniable proof.