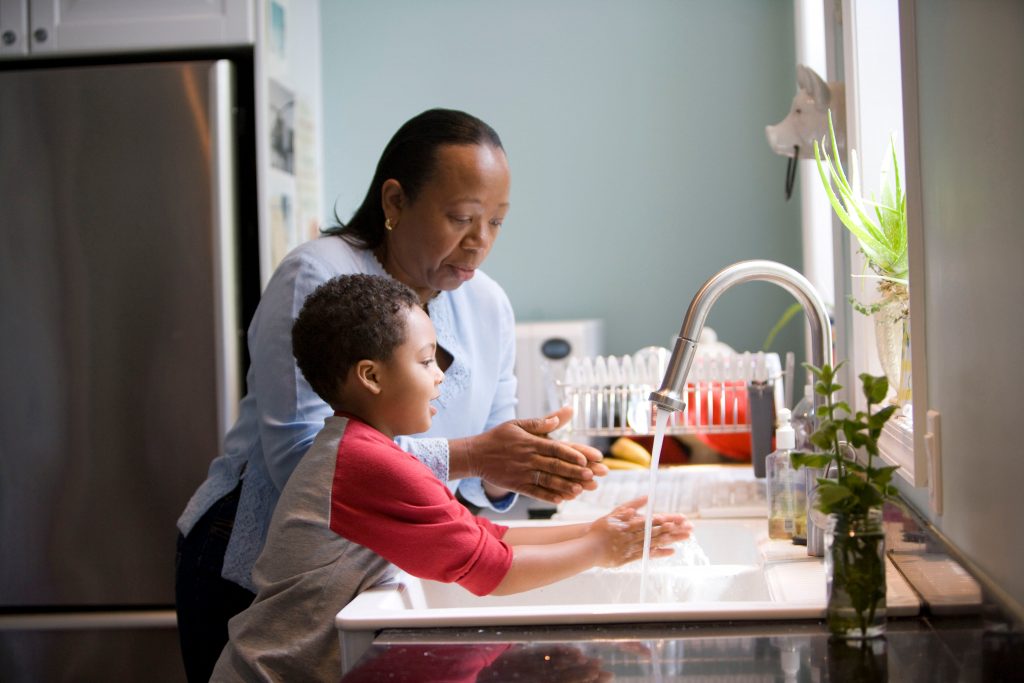 This is happening all over the country, even in small southern communities.

There is no getting around the fact that African Americans and Hispanics, especially those who are poor, are far more likely to die of COVID-19 than white people because of the many ways in which they have been denied true, full American citizenship.  For example, because African Americans and Hispanics, as a rule, have sub-standard schools, job opportunities, health insurance, and health care, they do not have the same access as whites to important health information, or the ability to take off work to see a doctor or stay home if they are sick, or to have a serious health problem treated at a quality hospital or doctor’s office.

And there is this:  the underlying health conditions that cause COVID-19 death rates to soar—diabetes, heart disease, respiratory illnesses like asthma—are sicknesses that have become virtually the birthright of African Americans and Hispanics because they are caused significantly by the air and other pollution that is allowed to so pervasively contaminate the communities in which African Americans and Hispanics live and work.

Last year, a study published in the Proceedings of the National Academy of Sciences exposed the racial foundation of the problem.  The study found that air pollution is disproportionately caused by white Americans’ consumption of goods and services, but disproportionately inhaled by black and Hispanic Americans. The air in minority communities is filthy with tiny pollution particles known as “Particulate Matter 2.5” (PM 2.5), which adhere effectively and dangerously to the inner lining of the lungs, where they cause the very diabetes, heart and respiratory disease that render a human being so vulnerable to the ravages of COVID-19.   PM 2.5 is the most significant environmental health risk factor in the United States.  It is caused by white Americans, and “exported” to communities of black and brown Americans, where it ruins their health.

It is also true that the following notorious pollution sources likewise cause heart and respiratory illness, and are located disproportionately in or adjacent to communities where African American and Hispanic families live, and hope to raise healthy children:

By denying black and Hispanic Americans access to decent schools, jobs, and health care, and sending them white America’s pollution to breathe, we have at the same time caused their diseases, and made them vulnerable to more.  Those who would claim that race has nothing to do with this are unable to explain why race is the one fact that so strongly predicts who will live and who will die in America when disease runs rampant.

The truth is that every new black and brown victim of COVID-19 tears another scab off of America’s long-festering racial sore.  The only question is whether this latest disgrace of racial inequality will provoke any meaningful change.