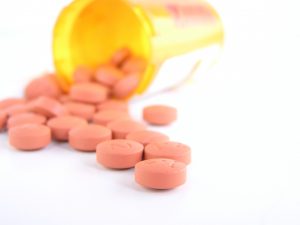 Valisure, which had previously detected carcinogens in another recalled drug, Valsartan, has since filed a petition asking the FDA to recall Zantac and its generic versions, claiming that the NDMA levels in the drug are “excessive”. Testing by Valisure has detected levels of NDMA as high as 3,000 micrograms in Zantac pills and generics.

Prompted by these results, Memorial Sloan Kettering has begun researching whether the NDMA levels in Zantac and its generic versions may be linked to an increased risk of cancer. NDMA, which is classified as a “probable human carcinogen” by the EPA, has been linked in some scientific studies to liver cancer, lung cancer, kidney cancer, gastric cancer, and liver damage.

The FDA, for its part, has detected NDMA as high as 17 micrograms in prescription and over-the-counter versions of Zantac but has been unable to give a range of levels found, due to small sample size. So far, the agency is not recommending that people stop taking Zantac and generics, but is advising that other medications are available. According to an FDA spokesperson, the agency does not believe that the levels pose an immediate health risk, but it will continue its investigation and testing of the drug.

We agree with David Light, the chief executive of Valisure, who said: “There’s no acceptable cancer risk for a drug like this.” We urge the FDA and the European Union to fast track their investigations of ranitidine, warn the public of any potential danger, and issue a prompt recall if the evidence warrants it.

In the meantime, until we know the truth, it may be wise to seek out another remedy for heartburn.