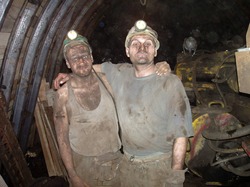 In recent executive orders, President Trump announced his intention to allow coal companies to spew significantly more health-endangering chemicals into the environment. “Reducing costs will bring back coal industry jobs”, is Trump’s justification. But a survey of 32 utilities–all of whom had been moving away from coal production– proves that Trump’s justification is wrong. Only one of the 32 said that Trump’s executive orders caused it to re-think its move away from coal. Overwhelmingly, the utility companies said that Trump’s orders will not cause them to re-commit to coal, largely because alternative energy sources–such as natural gas, wind, and solar power–are so much cheaper. No one should have been surprised by these survey results, least of all the President. The high watermark for American coal industry employment was 1925, almost a century ago, and the steady declines since have tracked the declines in many American industries over time.

The reason for the loss of coal industry jobs over the last 90+ years is not the Obama administration’s environmental regulations of 5 years ago that the President has fraudulently attacked. It is cruel of the President to create false hope in coal miners and their families that simply allowing coal plants to pollute more is going to bring back their jobs, let alone their industry. As a country, we should thank these workers for their brave and necessary service that helped make the American industry the marvel of the world. And we should provide them the health care which they badly need, and re-train them for work in other well-paying jobs.