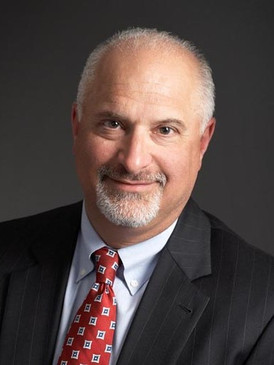 After serving as co-counsel to The Collins Law Firm in many ground-breaking environmental cases over the last 18 years, Norman Berger has joined the Firm as of counsel, where he will help lead the Firm’s efforts to demand clean up and financial compensation for the families they represent who have been put in harms’ way by dangerous chemical contamination.

Norm’s long track record in this area is extraordinary:

He has been litigating environmental cases for over 30 years, beginning with his work as an Assistant Attorney General for the State of Illinois enforcing environmental laws in the 1980s. He participated in many of the major Superfund cases in the Midwest during the early years of Superfund enforcement in the late ’80s and early ’90s. He tried one of the first Superfund private cost recovery cases in federal court, and has since been involved in litigating environmental cases under the federal Superfund statute, the Resource Conservation and Recovery Act (RCRA), the Clean Air Act, the Clean Water Act and many State statutes nationwide. For the last 18 years, together with The Collins Law Firm, Norman has represented individuals and families whose homes have been contaminated by industrial pollution, resulting in diminished property values, property damage, and serious health issues. Their efforts in this area have resulted in remedies ranging from mandatory property cleanup to the provision of clean water supplies to monetary reimbursement for property damage and medical expenses in excess of $65 million. This includes negotiating a $7.2 million settlement in a toxic tort case for a client whose childhood exposure to chemicals caused cancer.

Shawn Collins, founder and partner at The Collins Law Firm, welcomed Berger by saying: “We are really lucky to have Norm join us. He’s a great lawyer, with a rare combination of technical ability and passion for helping the families for whom we work. The cases are difficult, and the stakes are as high as they could be. The peace and safety of our clients’ homes, and their children’s health, are often on the line, as we battle some of the world’s largest companies, who are represented by some of the best lawyers, from the largest law firms. But Norm is more than up to the challenge, and I can’t imagine anyone I’d rather go into these important battles with.”

Norman also serves a current member and past chairman of the Dean’s Advisory Council at DePaul University College of Law, has served as a faculty member of the National Institute of Trial Advocacy, and was a founding participant in the Pro Bono Committee for Representation of Indigent Defendants.

Norman was honored with the Outstanding Service to DePaul University Award in 2013 for his efforts on behalf of the University and has been recognized by Illinois Super Lawyers every year since its inception, from 2005-2017.

Related Posts: Want to Pollute in Illinois? Go Ahead, Governor Rauner Won’t Stop You, Trump Re-Nominates Anti-Science Zealot to Lead the Council on Environmental Quality, 130 Livonia Homeowners Sue Ford for “Enormous Toxic Chemical Pool” Causing Contamination in Their Neighborhood, Are We Ready to Take on the Fossil Fuel Industry Over Global Warming?