If a doctor had lost multiple medical malpractice 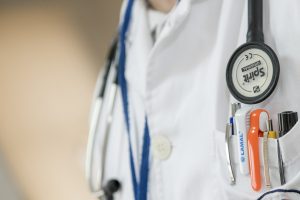 lawsuits, you would think that he or she would stop practicing or, at the very least, move to a new town to flee their reputation for harming patients. According to a new study in the New England Journal of Medicine, that is not happening.

Doctors with more than four successful malpractice claims against them are, for the most part, continuing to see patients in their home community. In fact, the study’s lead researcher, David Studdert, a professor of medicine and law at Stanford University, found that more than 90 percent of doctors who have lost 5 or more malpractice claims against them, continue to see patients as if nothing happened. That is not a comforting thought for patients who need medical care.

In fact, most physicians never lose a malpractice claim. According to the study, between 2003 and 2015, 89% of physicians had no successful malpractice claims filed against them, and another 9% had only one claim on their record. The remaining 2 % of doctors were responsible for a whopping 40% of the malpractice claims. That means that a small percentage of doctors are making a lot of mistakes and providing dubious medical care. Scarier still, these doctors are more likely to switch into a solo or small group practice where there is less oversight, posing more risk to patients. Yet, these repeat offenders do not seem to lose patients. Why is that?

Because patients and referring doctors do not think to look at a doctor’s record, and that is a mistake.  In some states, it is hard to find a doctor’s medical malpractice record, but in Illinois, you can easily check the last 10 years of your doctor’s medical record, including any medical malpractice claims, at the Illinois Department of Financial & Professional Regulation (see link): https://www.idfpr.com/applications/professionprofile/Default.aspx?did=10&cid=036

If you or a family member needs a doctor or surgeon, please check them out beforehand. It is worth the time to search their online record to be sure that you will be receiving competent care. If you have already been injured by a physician or medical procedure and believe you are the victim of medical malpractice, please contact our experienced medical malpractice attorneys at (630) 527-1595 for a free evaluation of your case.