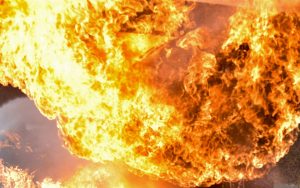 We hope that initial reports of no fatalities—either Chemtool plant workers or Rockton area residents—are correct. If so, it is a great blessing amidst the shock and danger of this explosion.

The long-term damage caused to the local residents will take some time to be fully known, but it is already clear that many hundreds of the residents have lost—hopefully for only a short period of time—their right to use and enjoy their home.

For the past 20 years, the environmental lawyers here at The Collins Law Firm, have represented communities whose property rights have been damaged by pollution caused by harmful chemicals being released into the air and water.  We are also one of the lead law firms representing plaintiffs suing Sterigenics in Willowbrook for the cancers that they allege were caused by the company’s toxic ethylene oxide emissions.

If you believe your health or property has been damaged because of the Chemtool explosion, then, once you are sure you are out of harm’s way, please feel free to contact us, so that we may tell you what your legal rights are in a situation like this. Call us at (630) 527-1595 or fill out our contact form for a FREE consultation.

For more information on the class action lawsuit, click here.