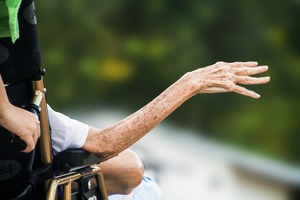 Among all the issues plaguing the state of Illinois, one very important issue has not gotten much press coverage until recently.

In February, the Chicago Tribune published an expose on Illinois’ troubled group homes for disabled adults and their failure to reduce abuse and neglect rates. In fact, the Tribune’s research found that, despite promises of reform, allegations of abuse and neglect reached a new high in 2017 of more than 3600 cases, according to Illinois’ Auditor General. Think about that: 3600 vulnerable, disabled adults suffering from abuse or neglect in group homes that we, the taxpayers, are paying for. It is unconscionable.

The Illinois Department of Human Services, which oversees the state’s group homes, does not dispute the findings of the Auditor General but says new reforms are planned which will address some of the issues. “For the first time, group homes will be ranked in a web-based scorecard, which includes inspection results and links to online copies of investigative findings involving abuse, neglect, or financial exploitation.”1 The state has also hired more investigators and plans to implement a system where families of group home residents automatically receive a copy of state investigations. We hope that, this time, they follow through on these proposed reforms, but why has it taken so long?

The state has known for years that its group homes are in trouble and need reform. Back in 2012, our law firm represented Lois McCann in a lawsuit against a group home where her adult son, Paul, was beaten to death by the very staff person who was paid to protect him. After the lawsuit, we helped the family push for passage of Paul’s Law which requires that:

· Regulators must look more closely at facilities with abuse claims and shut them down more quickly when there is a problem.

Even with this new legislation, however, serious problems continued in many of the state’s group homes. State officials and legislators vowed, after a Tribune investigation back in 2016, to fix the system. However, it appears that those promises were merely platitudes, and instead of coming up with actual solutions, Illinois has been covering up allegations of abuse and neglect–including fatal abuse cases– in a cloak of confidentiality. It is so bad that parents of residents have even been “forced to file public record request to view state reports involving their own children.”1 This is outrageous.

To make matters worse, the state’s group homes continue to be seriously underfunded, with Illinois having one of the lowest levels of funding for community care in the country. This contributes to staff shortages and 50% turnover rates. The result is that many group homes are poorly staffed and unable to safely and adequately care for adults with profound disabilities.

Furthermore, when incidents do occur, the state’s oversight of these abuse and neglect claims is inconsistent. Abuse victims wait weeks to be interviewed, while suspects are often questioned more than a month after an incident. Meanwhile a Governor Rauner-appointed board tasked with safeguarding residents is still missing 5 of 7 members and fails to meet multiple times during the year.

Much of the problem is the result of a controversial 2012 plan to close or downsize state centers for the disabled in an effort to save the state money. The cost of a patient at a state center is almost twice the cost of caring for that patient in a group home. However, costs skyrocket when residents in group homes end up with frequent medical emergencies and prolonged hospitalizations because of neglectful or inadequate care. In these cases, state centers are not only more cost-effective, but also safer for the residents.

Recently, the state has seemed to recognize this fact, quietly admitting some vulnerable, injured, and sick residents of group homes into state facilities for their own safety. It is time for legislators to take note and start taking this problem seriously. They need to admit that the system is broken and start considering all options to fix it, including more regulation and oversight of group homes and opening or expanding state centers for the disabled.

Otherwise, law firms like ours will have to continue representing the grieving families of disability abuse victims who have no other option but to sue. Wouldn’t it be better to stop the problem from happening in the first place?