The Sterigenics facility in Willowbrook, IL has been using ethylene oxide (EtO), a known human carcinogen, to sterilize medical and other equipment since the 1980s. Recently, the U.S. EPA and the Village of Willowbrook tested the air around the Sterigenics facility and found alarming amounts of this chemical in the air near schools and other locations by the facility. These dangerous EtO levels prompted Illinois EPA to issue a Seal Order that shut down sterilization operations and the use of EtO at Sterigenics on February 15, 2019. Sterigenics has not been permitted to use or emit EtO since. 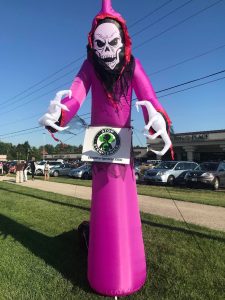 After the Seal Order was issued, the community and their elected officials did not rest. They continued to fight to ensure that EtO cannot bring any more harm to their neighborhood or to other neighborhoods across Illinois. As a result of their advocacy, the Illinois Legislature passed Senate Bill 1852, which went into effect on June 21, 2019. This new law is known as the Matt Haller Act and was named in honor of a 45-year-old Willowbrook resident who passed away earlier this year from stomach cancer. Haller had lived approximately 1 mile from the Sterigenics plant and advocated for its closure. The Matt Haller Act is purported to impose the strongest restrictions on ethylene oxide use in the nation.

Despite the Matt Haller Act, the Seal Order, and the community’s fight to live in an EtO-free environment, Sterigenics has not stopped pushing to emit more carcinogenic EtO into the community’s air. Just days after Governor Pritzker signed the Matt Haller Act, Sterigenics asked Illinois EPA for a construction permit which would allow it to operate and use EtO under new conditions, such as a taller emissions stack. Sterigenics filed this construction permit application on June 24, 2019. 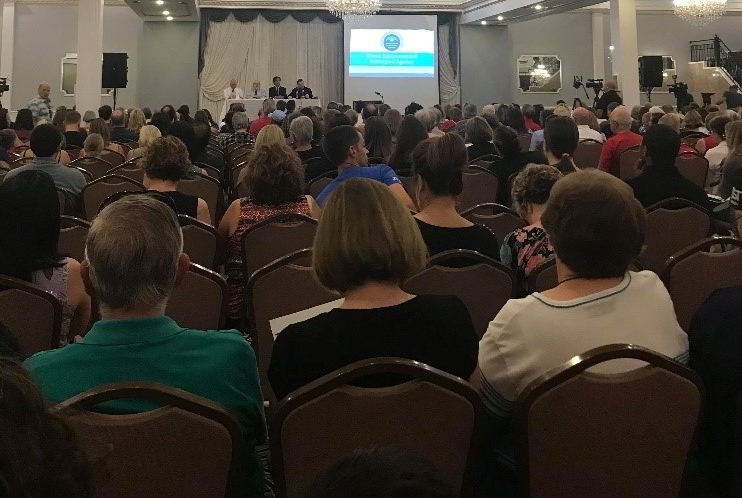 Once the meeting started, citizens criticized the permit’s many inadequacies. Among other concerns, residents commented that Illinois EPA was treating them like lab rats because the permit would allow unproven pollution control measures. Others who had watched loved ones fight cancer or who battled cancer themselves commented that the community had been subjected to enough cancer-causing EtO emissions. They wondered how Illinois EPA could trust Sterigenics to operate in the community after decades of putting residents in harm’s way.

Many local elected officials also commented in opposition to the permit and pointed out that the permit would not comply with the important mandates of the Matt Haller Act. For example, legislators commented that the proposed permit does not comply with the requirement that manufacturers of the products that Sterigenics wants to sterilize must provide a certification that there is no reliable sterilization method for their products other than EtO sterilization. The meeting left community members wondering if the Illinois Environmental Protection Agency would protect the public.

We stand with our clients and friends in Willowbrook and the surrounding communities who adamantly oppose the re-opening of the Sterigenics facility, and we encourage residents of these impacted communities to let the Illinois EPA know how they feel about the agency’s proposed plan.

The Illinois EPA is accepting additional written comments on the Sterigenics construction permit application until August 15, 2019. Please email your comments to EPA.Sterigenics@Illinois.gov.

If you believe you have been impacted by the ethylene oxide contamination from the Sterigenics plant in Willowbrook, and have questions about your health or legal options, please call one of the experienced environmental personal injury attorneys at The Collins Law Firm today at 630-527-1595 to protect your rights.