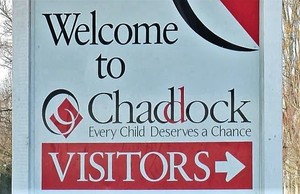 Quincy, Illinois- The sexual assault of a 15-year-old Chaddock resident is now an issue for the courts. The minor, Jane Doe, was snuck out of Chaddock’s supposedly secure facility on August 26, 2017 by two girls known to DCFS as troublemakers. Jane Doe was then taken to a party, where she was drugged, beaten, and sexually assaulted. Now her family is suing Chaddock for emotional distress and negligent supervision.

Chaddock is a DCFS licensed facility in Quincy, IL that is known nationally for its care of developmentally disabled and emotionally distressed patients, but is known locally to Quincy Police as a facility that lets its residents escape. Quincy Police have responded to Chaddock’s calls reporting that its residents have “run” more than 100 times in the past year.

On August 26, 2017, two girls who are under DCFS’s care, and who have snuck out before, were able to sneak Jane Doe out of the supposedly secure facility and take her to a house where young women have previously claimed to have been sexually assaulted. Jane Doe has the emotional functioning of a 6-8 year old. At that house, Jane Doe was beaten, drugged, and sexually assaulted. After the assault, her assailants returned her to Chaddock. Chaddock personnel then took Jane Doe to a local hospital. The hospital released her without performing an exam aimed at determining whether she had been sexually assaulted.

Jane Doe’s mother, Kim, was notified of the incident and she immediately got in the car and drove the four hours to Chaddock from her home in Iowa. Kim took her daughter to a different hospital, St. Louis Children’s Hospital, where female staff performed a full exam and completed a rape kit. The nurses at St. Louis Children’s Hospital determined Jane Doe had suffered a sexual assault, just as Jane Doe had said. The criminal investigation is awaiting results from the rape kit, which, due to a backlog with the Illinois Crime Lab, is not yet completed.

Jane Doe’s family has retained The Collins Law Firm as legal counsel to sue Chaddock for negligent supervision. The lack of action from DCFS and Chaddock allowed this horrible mistreatment to occur to the 15-year-old developmentally disabled girl, who is now emotionally damaged for life.

“Jane Doe was not treated like a human being,” said Shawn Collins, lead attorney for the case. “That night, she was treated like an animal by those who assaulted her. All of this became possible because those people at Chaddock, who were duty-bound to protect her, did not do their job.”

To add insult to injury, when Kim complained about how Chaddock had failed to protect her daughter, Chaddock retaliated. Chaddock abruptly discharged Jane Doe, three months before the discharge date that Chaddock had set for her, and without any of the extensive therapy that is required when a child like Jane Doe is transitioning to a new location. Also, despite repeated requests, Chaddock has not returned to Jane Doe’s family the medical records to which she is entitled under the law, and which are necessary to her future medical care.

“Chaddock is like the Harvard of facilities for developmentally disabled,” Kim Jensen, Jane Doe’s mother said. “I trusted them with my daughter’s life. Not only did they harm her physically and emotionally, they kicked her out, making sure she couldn’t complete her treatment. These facilities take months to get into, and she was just thrown out.”

Quincy Police have told the family that Chaddock is not cooperating in their investigation of what happened to Jane Doe that night.

The lawsuit was filed in federal court this morning.

The Collins Law Firm fights on behalf of the victims of personal injury and their families. They are known for handling a wide range of complex personal injury, environmental litigation, and business litigation cases. Founded in 1992, The Collins Law Firm has quickly established itself as one of the Chicago area’s premier sources of legal representation for victims of negligent, reckless and malicious acts. While they are based in Naperville, Illinois, the firm’s trial attorneys litigate cases in the Chicago area and throughout the country. For more information on The Collins Law Firm please visit www.collinslaw.com.