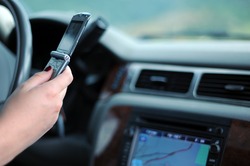 Motor vehicle crashes and deaths are on the rise. Despite advances in safety technology, driving has become more deadly. The reason? Operator error. The National Safety Council found that 40,200 people across the country died in traffic crash deaths in 2016, a 6 percent increase since 2015, and the first time the total number of deaths has exceeded 40,000 since 2007.

This is the second year in a row we’ve seen a substantial jump in motor vehicle deaths. The total for 2015 was 37,757, a 7 percent increase from 2014, while the 2014 figure was less than half a percent higher than the 2013 total. The last two years represent the largest increase in traffic crash deaths in over 50 years.

All of the 2016 and 2017 data has not yet been analyzed, but 2015 data showed increases in distraction and speed-related fatalities; a rise in deaths among occupants not wearing seatbelts; as well as increased deaths among teen drivers, pedestrians, and bicyclists.

The problem with distracted driving begins with the fact that many drivers think it is okay to use their phones while driving. In a recent poll of 2,000 U.S. drivers, 10 percent admitted to driving drunk, while 47 percent felt it was safe to send text messages while driving. NHTSA estimates that over 600,000 people drive while using mobile devices on a daily basis. Most notably, the NHTSA says that 10% of fatalities for drivers aged 15-19 were the result of being distracted behind the wheel.

In Chicago, the problem is compounded by the dangerousness of the roads. We are just halfway through 2017, and the early data shows over 500 traffic fatalities already, an increase from 2016.