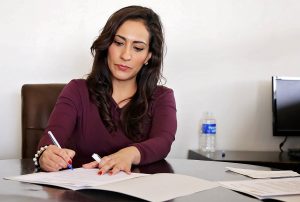 At long last: A victory for women in the workplace.

H.R. 4445, a bill banning the forced arbitration of sexual assault and harassment claims in the workplace has passed the House and Senate and is awaiting President Biden’s signature to become law.

The reason this is necessary is that perpetrators of sexual violence in the workplace are often shielded by arbitration clauses that allow them to continue their predatory behavior without publicity or consequences.  In a typical arbitration case, the facts of the case don’t become public, so the accused can stay on the job as if nothing happened. The accuser, meanwhile, is forced into arbitration where her case is often heard by an arbitrator chosen by the company, and she gets fewer witnesses and depositions to prove her claim than in a typical court case. Not surprisingly, only 20% of victims win their arbitration. Then, when an accuser’s case is over, the company will most likely let her go, so she is out of a job without being able to explain why. The perpetrator, by contrast, gets to stay on the job, and even if found guilty, can settle the sexual assault or harassment claim and continue working at the company or move on to another job without anyone being aware of their behavior or previous accusations or judgments against him.

New York Democratic Sen. Kirsten Gillibrand, one of the lead sponsors of the bill in the Senate, said it will “give survivors their day in court, allow them to discuss their cases publicly and end the days of institutional protection for harassers.”

The bill’s passage comes a few years after the #MeToo movement highlighted the pervasiveness of sexual harassment and abuse in the workplace. That movement also revealed how men in positions of power were able to secretly settle sexual assault and harassment cases and silence victims by taking advantage of the arbitration process and confidential agreements.

The new law will stop this process and help make the workplace a safer place for women. President Biden is expected to sign the Act into law, making the provisions of the bill effective immediately.

Interestingly, the passage of this critical bill may be an indicator of things to come. The White House has already indicated that President Biden is interested in working with Congress on broader legislation that would eliminate forced arbitration agreements involving race discrimination, wage theft, and unfair labor practices.

The Collins Law Firm is a boutique law firm in the Chicago area that focuses on litigation. The mission of our highly-awarded, experienced litigators is to give a voice to those without one. If you have experienced sexual harassment or sexual assault at work or school, please call us at (630) 527-1595 or fill out our contact form for a free evaluation of your claim.