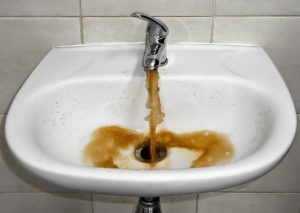 Not surprisingly race and income are factors in this crisis. Nine of the top ten zip codes with the largest percentage of high test results were working-class neighborhoods with a majority of Black and Hispanic residents, including Bronzeville, Garfield Park, South Chicago, and the East Side.

Of course, city spokespeople claim that Chicago takes its drinking water quality seriously. However, that assertion appears grossly inaccurate, when you realize that the city never even analyzed the tap water test results, much less made an analysis available to the public. And so far, Chicago has only replaced about 180 of the city’s 400,000 lead pipes since September 2020. The city can’t even get a program off the ground to offer free pipe replacements to homes that serve as daycares. By contrast, Newark, New Jersey started a program in 2019 that has replaced 23,186 lead pipes in that city. If Newark can get that done, so can Chicago.

Unfortunately, the elected officials in Chicago don’t seem to have the political will to fix this problem.

Instead, the City of Chicago’s department of water management offers excuses: complaining that the city’s tap water should not be held to the same standard as bottled water, claiming that state codes pose a big challenge to replacing the pipes, or blaming the high lead test results on residents who may have done the testing incorrectly.

Moreover, Mayor Lori Lightfoot requested and received permission from the state for Chicago to have FIFTY YEARS to replace all the lead service lines. This is not the action of a mayor who “takes drinking water quality seriously”.

We call upon the mayor to treat the city’s lead contamination as the serious health threat it is and to use every resource at the city’s disposal to replace the dangerous pipes as soon as possible.

The people of Chicago—especially the children– cannot wait 50 years for safe drinking water.