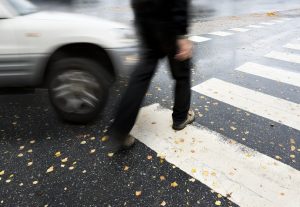 While there are fewer cars on the road and fewer car crashes, new data shows that the crashes that are happening are causing more severe injuries than before the pandemic.

According to WGN News, during the first week of March, there were 2,063 reported crashes in Chicago. That number began dropping after March 13, when the federal government declared a national emergency and continued to drop after Illinois’ Stay At Home Order took effect on March 21st.  Last week, the number of crashes in Chicago was down to 803. Despite the drop in crashes, there has been an increase in crash severity.

Data from The Northwestern University Transportation Center shows a small increase in severe car crashes over the last month. 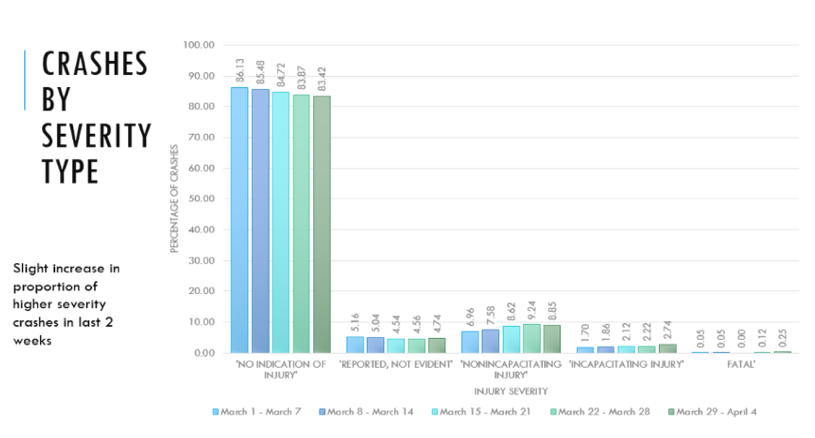 Additionally, data shows that in the last couple of weeks, the severity of injuries in pedestrian-related crashes rose significantly, before receding slightly or remaining steady, despite the Stay at Home Order in Illinois. While fewer cars are on the road, the Stay at Home Order allows people to leave their homes for exercise, such as walking or running, leading to more pedestrians and an increased risk for pedestrian-related crashes. 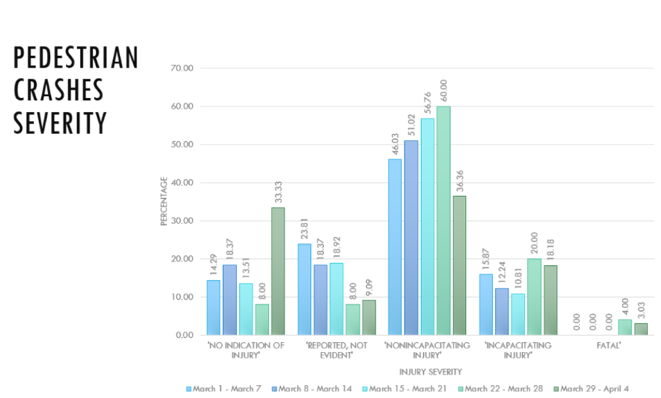 Northwestern University Transportation Center attributes the rise in serious injury crashes and pedestrian crashes to drivers driving faster on less congested roads. As of April 11, there have been 183 fatal crashes in Illinois, resulting in 193 deaths, according to IDOT. This is only one fewer death than the same period of 2019.  http://apps.dot.illinois.gov/fatalcrash/snapshot.html. Nearly 20% of these fatalities have been pedestrians hit by cars or trucks. With fewer people driving, but more people taking walks or running to get out of their homes during the Stay at Home Order, the danger to pedestrians only increases.

While the pandemic continues to impact Chicago and the surrounding areas, the danger from car crashes and pedestrian accidents is not disappearing. Keep yourself safe by following these tips and remember to stay home to stay safe.

If you have been injured while out walking or running by a driver who was behaving negligently, the car accident attorneys at The Collins Law Firm can help you get the compensation you are entitled to. Call us at (630) 527-1595 for a FREE evaluation of your case.