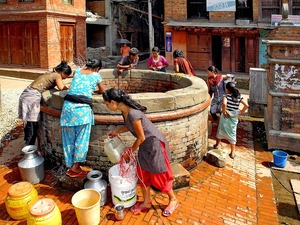 But Charity: Water is doing something about it. Armed with a powerfully inspirational goal to “end the water crisis in our lifetime”, Charity: Water collects donations and uses them to build community-owned water systems around the world. Since its 2006 inception, it has built over 23,000 such systems, delivering first-time-ever clean water to over 7 million people, in 24 countries in Asia, Africa, and Central and South America. www.charitywater.org<http://www.charitywater.org>.

Remarkable. A great reminder of our capacity for ingenuity and kindness, and the goodness of which we are capable when we decide to bring to the rest of the world those things–like clean water–that we often take for granted.