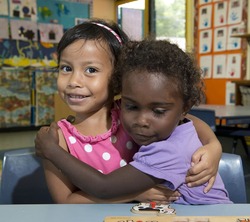 A recent study by the World Health Organization (WHO) estimates that, every year, some 1.7 million children worldwide die because their air and water are too polluted. The world they live in is killing them.

Note to President Trump and EPA chief Scott Pruitt, as they rush head-long into dismantling the environmental protections that have historically separated the US from the rest of the world when it comes to protecting children: Children will be the victims are what you are doing. You will be sentencing children to die, in the name of making America a place where oil and other companies can cheaply and safely pollute.

WHO’s director-general says that “A polluted environment is a deadly one-particularly for young children…… Their developing organs and immune systems, and smaller bodies and airways, make them especially vulnerable to dirty air and water.”

Knowing this, who would wish to make the air and water dirtier than they are now? Americans have always taken pride in the fact that the horribly abusive treatment of children in other countries could never happen here.

Is that still true?